New in SOLIDWORKS Enterprise PDM 2015 is the Web2 client. This is exciting news for a lot of EPDM customers! EPDM has always had a web client, but it only worked with Internet Explorer and had some inherent limitations. Now with 2015, there is a new Web2 client that is ASP.net based. Why is this so important? Because users who want to use browsers like Chrome or Firefox can access the vault! Also, this means that mobile users can access the vault as well. Just navigate to the server either on the web, or through VPN and you can browse your EPDM vault, approve documents, and view file statuses - all on your tablet or phone. What else does this mean? This means Mac users can access the vault without using Parallels or Bootcamp, and that IT overhead can be significantly reduced since viewers who aren’t using SOLIDWORKS very often could simply access documents through Web2 rather than through a client installed on their machines, which means less local machine installations for IT!

NOTE: As of this writing, Web2 is currently still in Beta and is scheduled for release sometime near the release of EPDM 2015 SP2. Upon release, Web2 will not be included in the downloaded media from the SOLIDWORKS website and must be requested from your local reseller - contact us if  you need more information. Also note that this web interface is not intended for every-day use by CAD users. The continued recommendation for CAD users accessing the vault is to check-in and out via the “thick client” (software installed on a local machine).

In EPDM 2014 SOLIDWORKS added an EPDM integration for Microsoft Office documents. This brought some powerful document management capabilities, such as being able to check out a document that you opened Read-Only and being able to keep the changes you might have mistakenly made to your read-only copy. You also gained the ability to view the data card and change state on the document in the Office application, just like with SOLIDWORKS. But now in EPDM 2015, the Microsoft Office add-in is no longer a separate installation, but is integrated into the installation package for 2015. 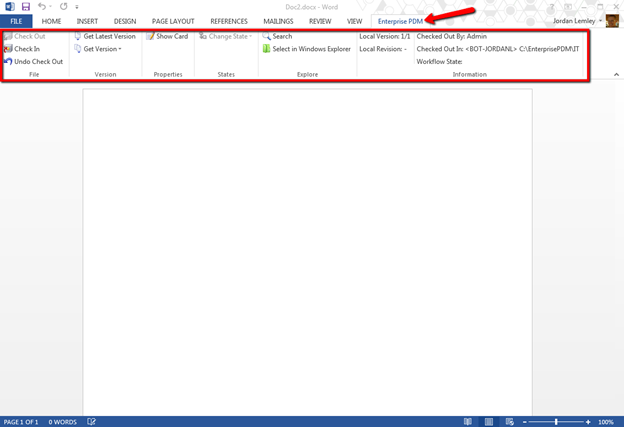 EPDM has a powerful tool for making the most of you design data via the Copy Tree command, which is similar to SOLIDWORKS’ Pack and Go, but is more powerful and has added EPDM functionality. This allows users to reuse designs and keep commonly used parts. However, if you’ve ever wanted to bundle up your assembly and simply move it and all its children components from their disparate locations in the vault, into one location, it was a more manual process. But now in 2015, SOLIDWORKS added a Move Tree command to EPDM. This means that users can move assemblies and related components to a new directory, using an interface very similar to Copy Tree. 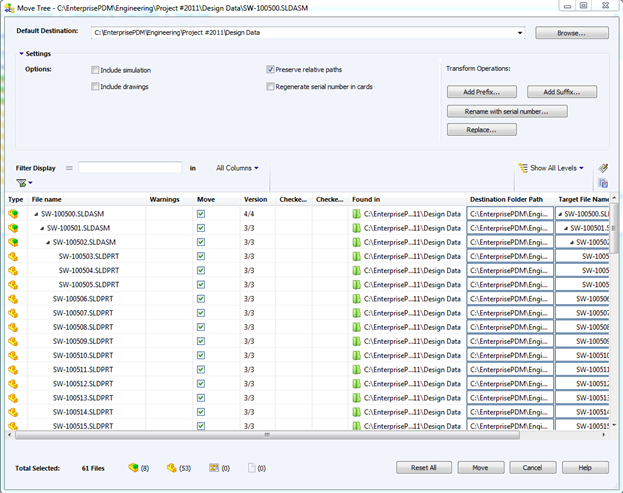 Probably one of my favorite enhancements this year in 2015 is the addition of the Version column information into Windows Explorer! Previously, if a user wanted to look at which documents needed to be updated with the latest version from the vault, the user would need to select each file and look at the version tab. But now in 2015, users can see which version they have by glancing at the version column which indicates whether a user has the latest or an older version of the file in their local cache. 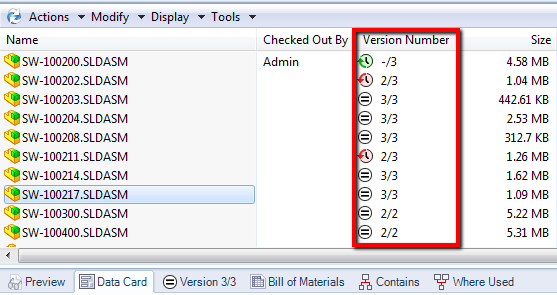 And finally, there have been some improvements to the user interfaced design for 2015. That means updated icons in the Admin tool as well as in the user interface in Windows Explorer. Included in this change was an update to the icons commonly used to indicate version information. The table below shows the updated icons alongside the previous iteration of the icon. 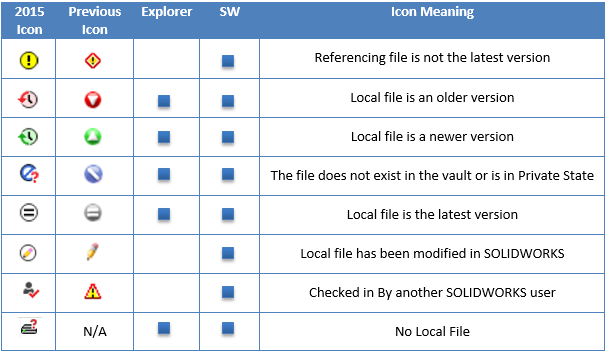 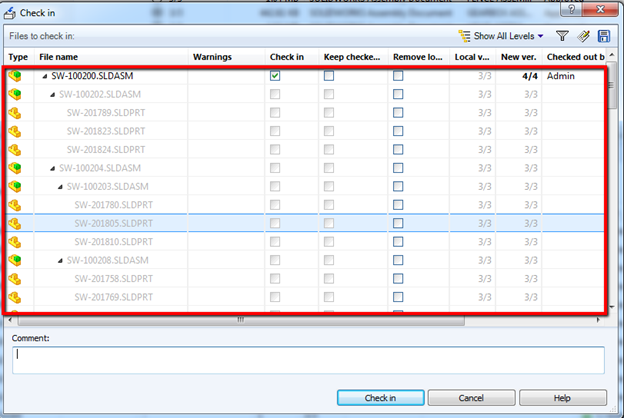 There are a myriad of other new features and enhancements not covered in this article which we will detail in later posts. Be sure to check out the schedule for Webinar Wednesday for upcoming EPDM webinars, and keep an eye on this space for new articles, tips, tricks, and info for SOLIDWORKS, CAMWorks, and 3D printers.

December 15, 2014
Did you like this post?
0
0
Comments
Willie
Well I guess I don't have to spend the weekend figinurg this one out!
Reply