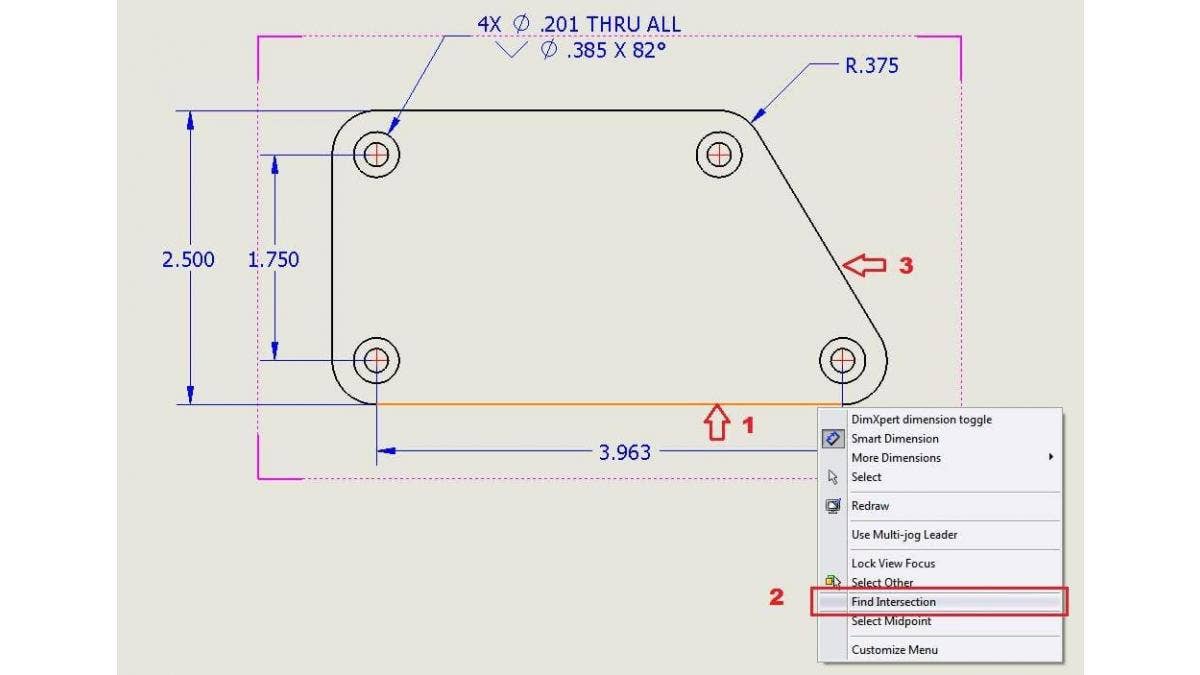 A common task for us is dimensioning to a point that exists where two edges, lines, arcs, and/or curves would intersect if those entities were extended. This is called a "virtual sharp" in SolidWorks and is a useful reference in drawings and sketches.

Previously, the way to create these points was perhaps a bit hidden to the user unless you had attended an in-depth SolidWorks training course. The workflow is as follows:

In the 2014 version, SolidWorks has listened to us engineer and designer types and has given us a clever way to create these virtual sharps “on the fly”. 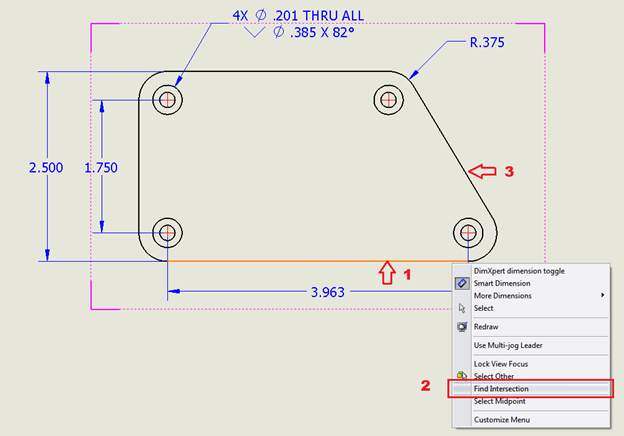 Here’s how it works:  1) with the Smart Dimension tool already active, you right-click on one of the desired entities and 2) select “Find Intersection” from the menu.  Then 3) click the other entity that creates the intersection. The first dimension line is now attached to that virtual sharp. 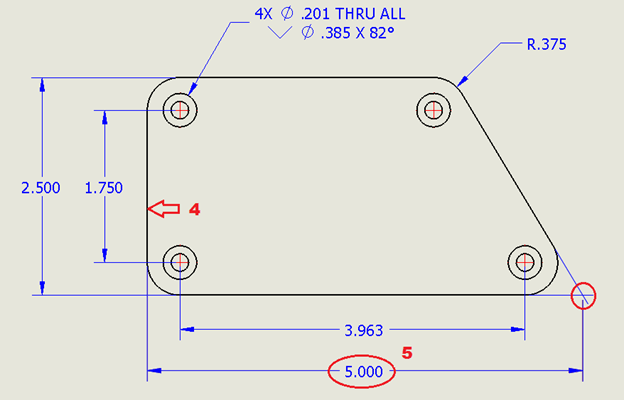 Now you can either 4) select the second entity of the dimension, or right-click on it to start the creation of a second virtual sharp, and then 5) place the dimension.

Notice that I didn’t have to interrupt what I was doing in order to get that reference point? Virtual sharps can just be part of the dimensioning operation now, while it still works the old way too!