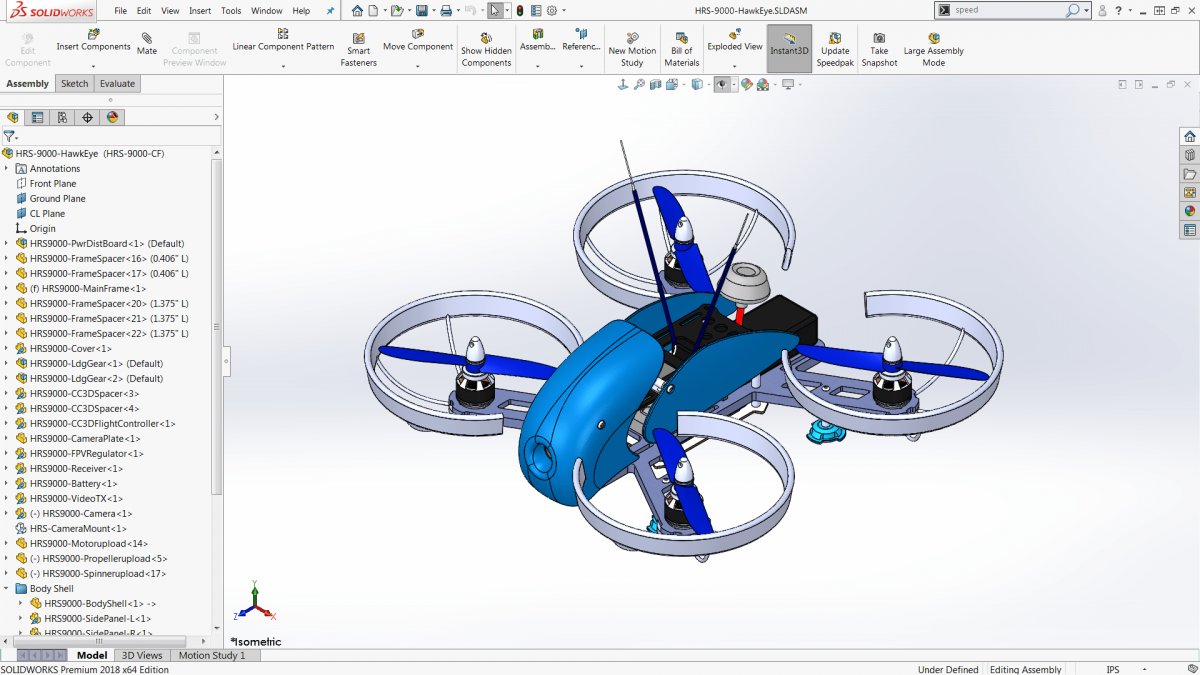 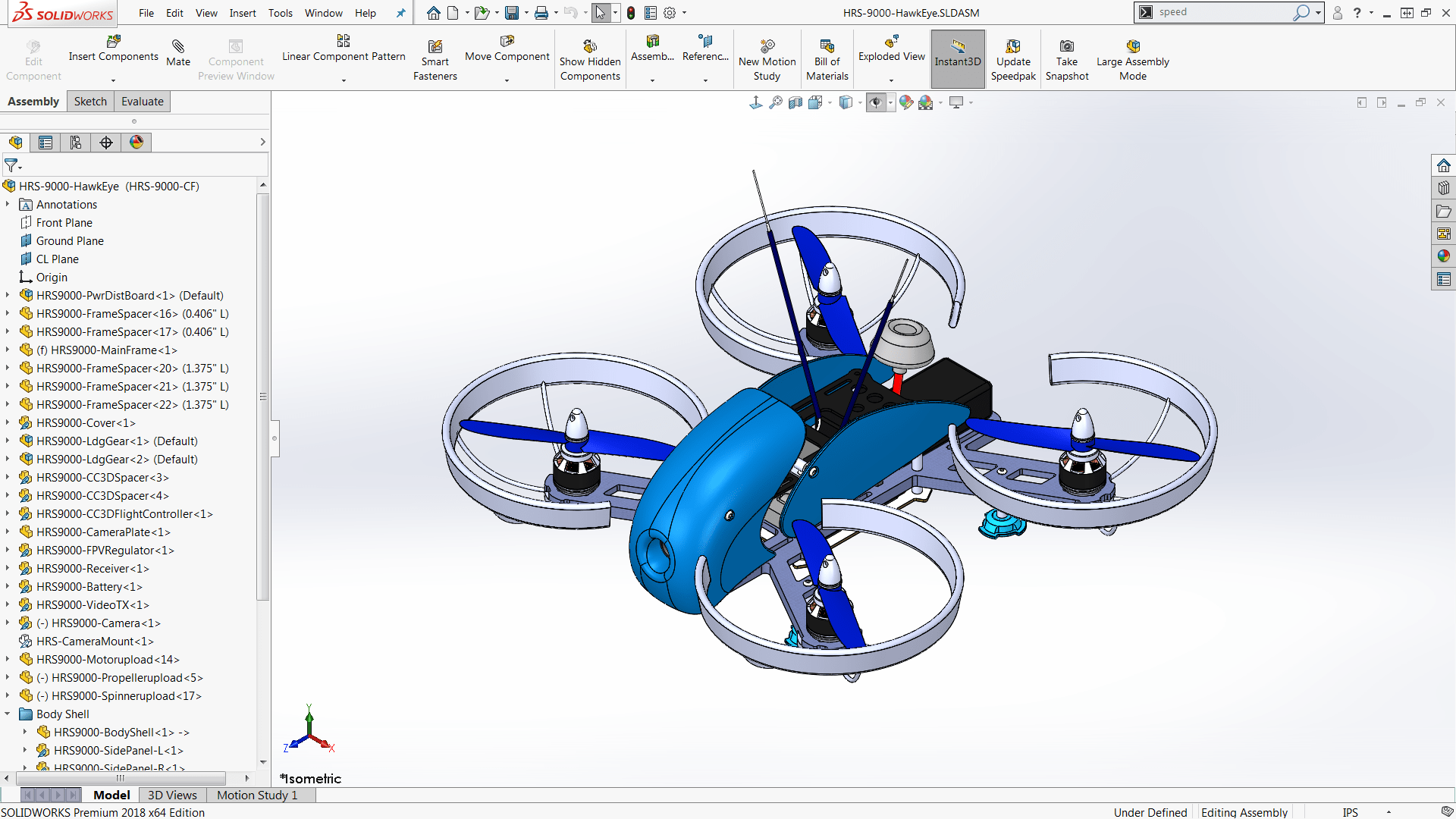 First off, what exactly is a SpeedPak configuration and what does it do? 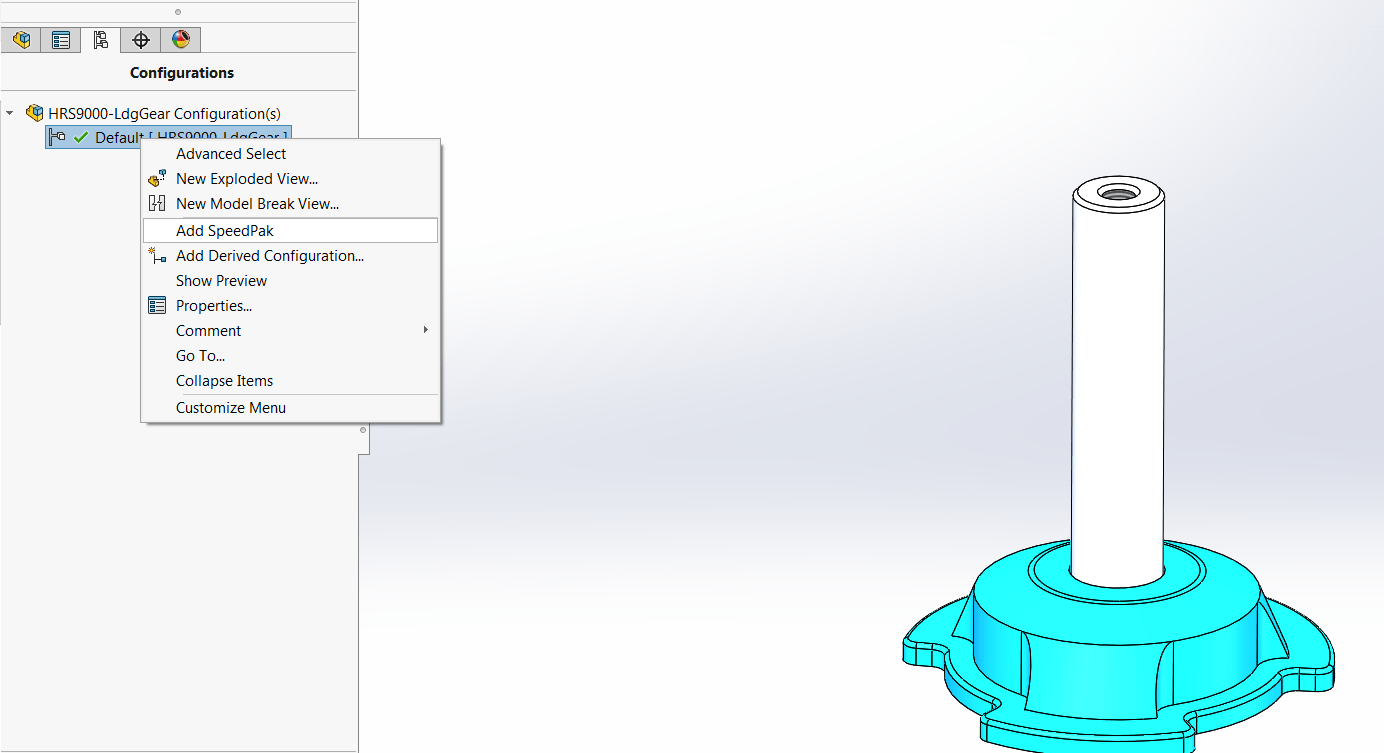 Once in the SpeedPak PropertyManager, any faces, bodies, sketches, curves, or reference geometry you want to remain selectable can be added to the Include boxes. You can also use the Geometry Quick Include to make selections for you based on components that are on the exterior of the design, or visible in specific views. The slider allows you to control how many of bodies will be saved into the SpeedPak. 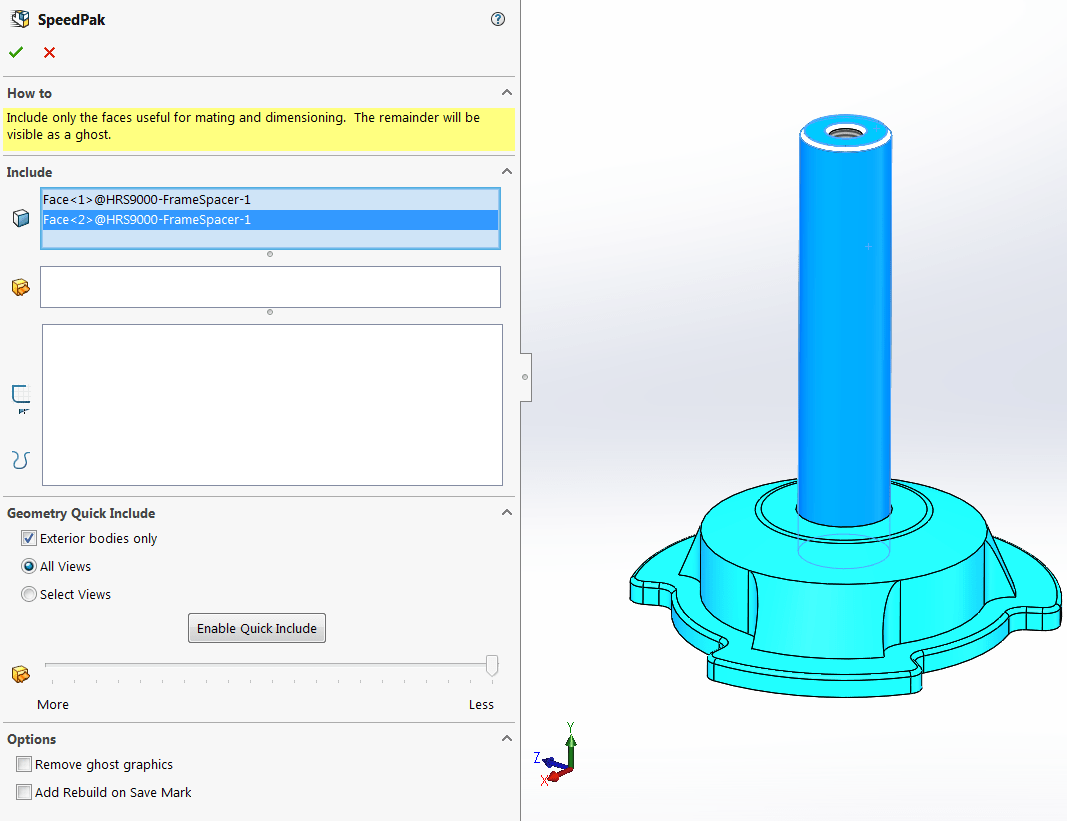 All non-included aspects of the assembly will appear as graphics-only and will not be selectable. You may also notice that when moving the cursor over the assembly, a “ghost circle” appears - this is the SpeedPak Graphics Circle, and can be toggled with ALT-S to help highlight selectable entities. 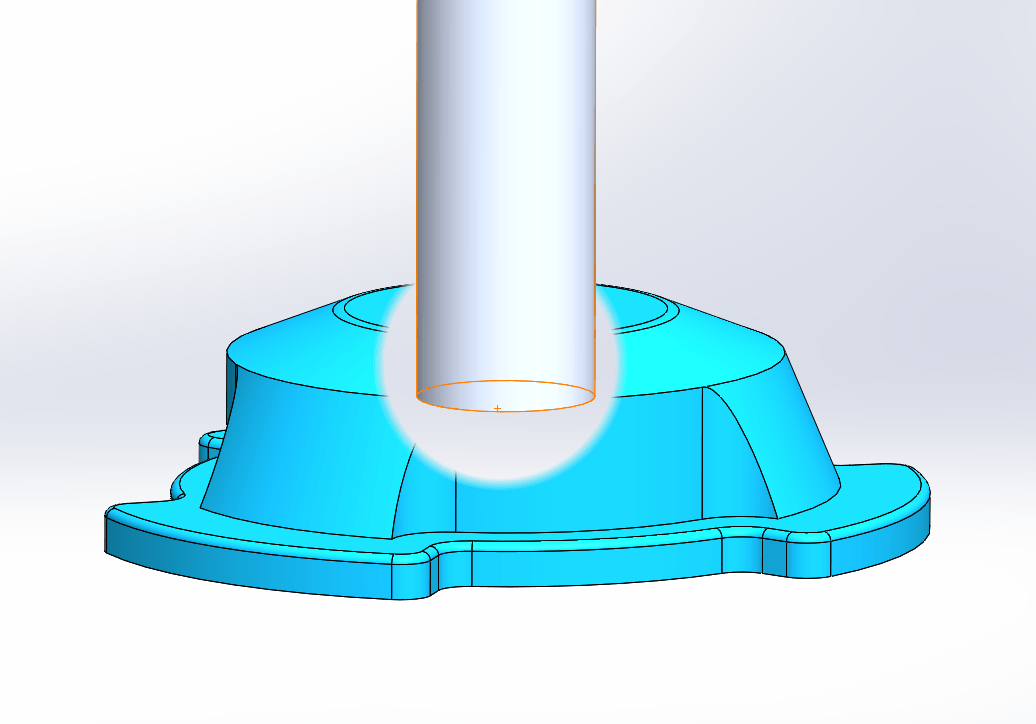 SpeedPak configurations can also be created from the top-level assembly there are used in, greatly simplifying the Include process. Simply right-click on the subassembly, go down to the SpeedPak Options, and select either Create Mated SpeedPak or Create Graphics SpeedPak. This will be created for the currently active configuration. The Mated option will automatically include any faces (and therefore edges attached to them) currently used for mates, while the Graphics option will create a SpeedPak without any included references.

When changes to the assembly have been made, such as moving components or editing features and dimensions, the SpeedPak must be updated for those changes to be represented.

To update a SpeedPak, do one of the following: 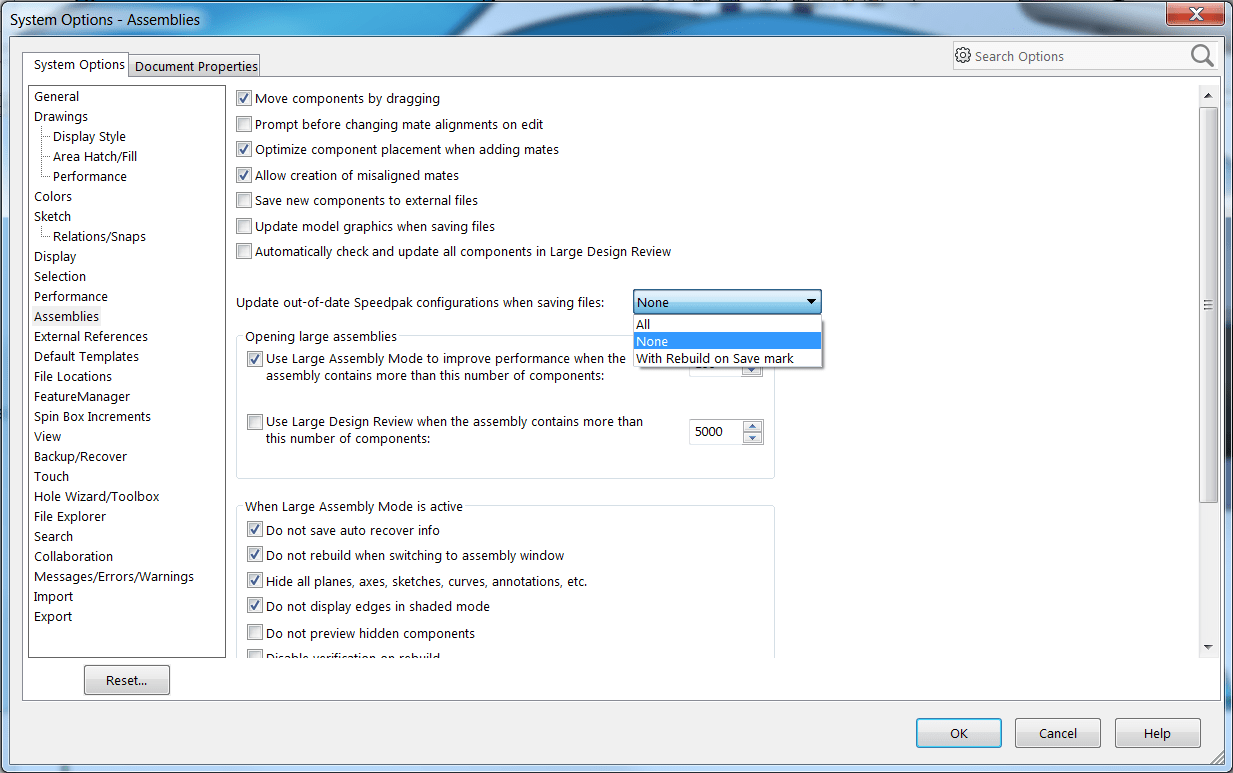 One last tip: when opening assemblies, all SpeedPak configurations can be activated in the Open dialog box. 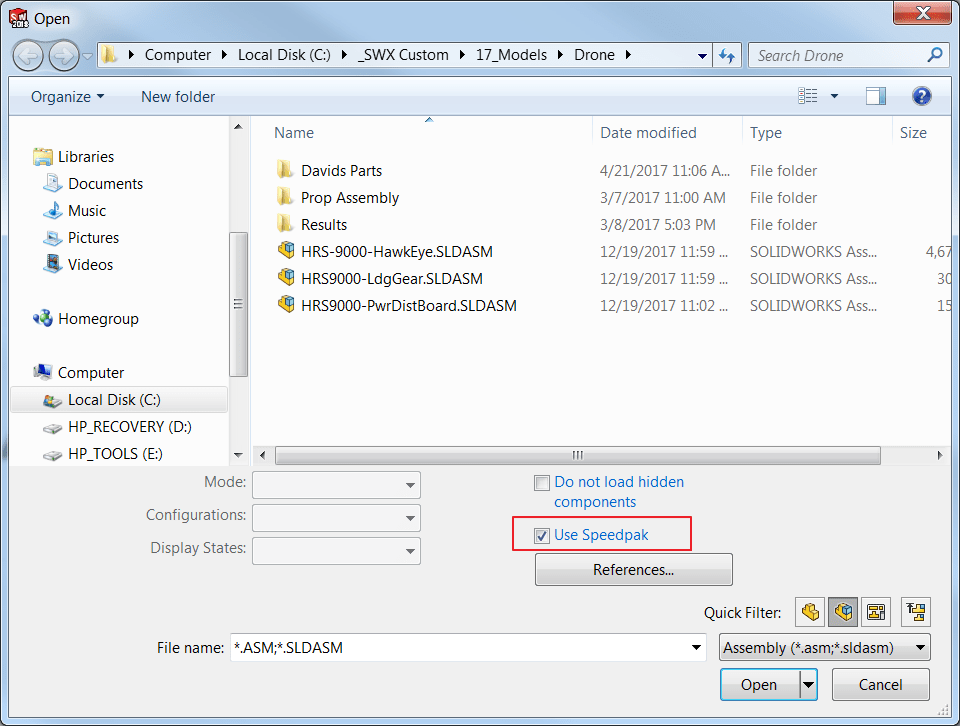 SpeedPak configurations are a solid option to help reduce the workload on both your CPU and graphics card while retaining functionality. Remember, if you run into limitations of what your SpeedPak allows you to do, you can always switch particular subassemblies back to the main, fully loaded configurations at any time.

For more information, request a SOLIDWORKS 3D CAD quote or contact us at Hawk Ridge Systems today. Thanks for reading!