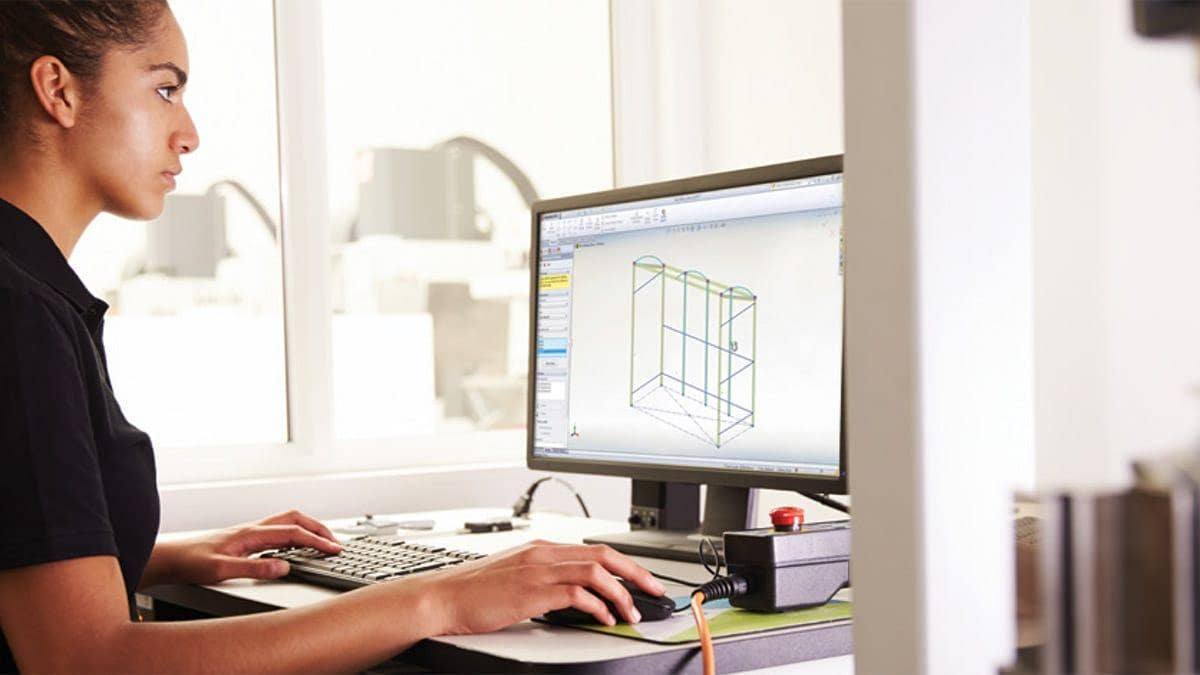 Posted in: Mechanical Design
By Sean Marrs
No comments 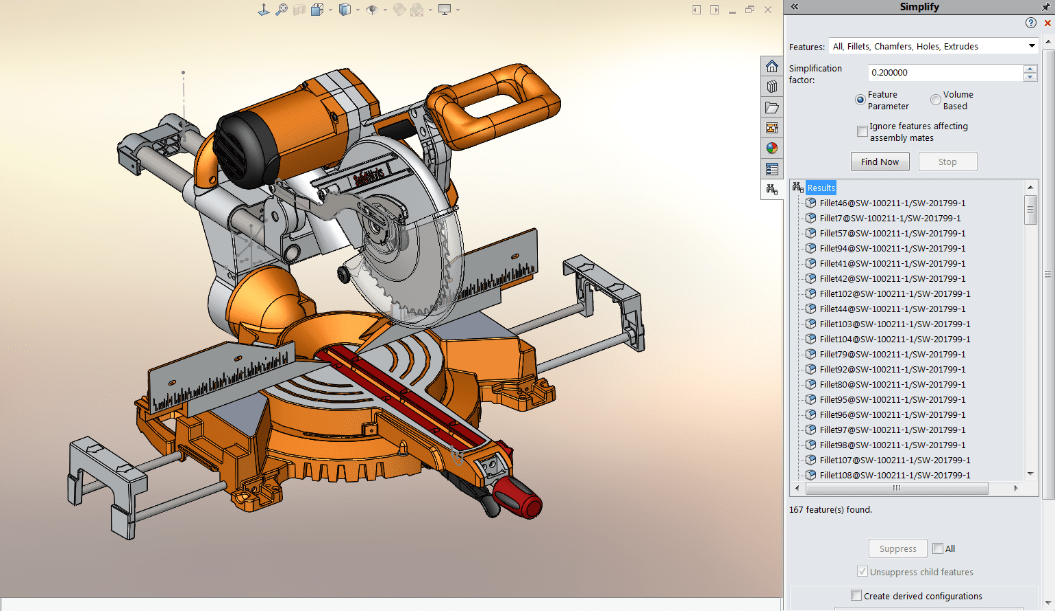 One way to increase assembly performance is by using simplified configurations that can be selected when opening an assembly. Simplified configurations reduce the amount of data that must be loaded into RAM which increases graphical performance by requiring fewer edges and details to be displayed. When simplifying components general guidelines are useful for determining what can be removed and what is important to retain.

In general, you want to keep:

What you should focus on removing:

Where do you find the Simplify Utility :

What does the Simplify Utility do?

It finds and suppresses features that are small relative to the overall volume of the part.

What features can be suppressed with Simplify?

Features that can automatically be found and chosen for suppression include Fillets, Chamfers, Holes, and Extrudes.

Simplification factor - The value you enter to help SWX determine which features count as "small".

Feature Parameter - Compares the primary or critical dimension of the feature to the cube root of the part or assembly's volume, multiplied by the Simplification factor. 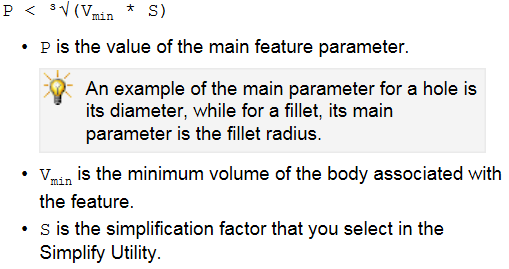 Volume Based - Compares the feature volume to the part or assembly volume multiplied by the Simplification Value.

If you are going to use this to increase assembly performance, then this tool should be used at the assembly level as the option Ignore features affecting mates is only available in this environment. However, the Simplify utility can fail to detect that suppression will lead to mate errors if there is not a direct parent/child relationship between the mate and the feature to be suppressed.

Simplify will be run in the assembly in order to take advantage of the Ignore features affecting mates option, though only one part will be simplified in this example. The default Simplification Factor of 0.20 and Feature Parameter criteria will be used for the search (Find Now can always be rerun with different options to see how it affects the search results).

*In general, Feature Parameter is faster and Volume Based finds more features for suppression. 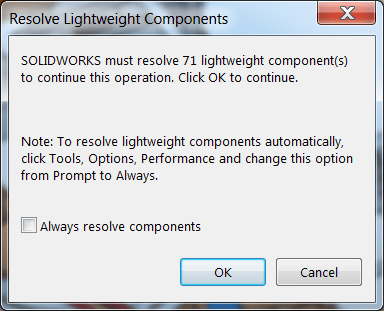 In the assembly, all components must be fully resolved (if all components are set to lightweight than the Simplify utility will be grayed out and not available for use).

I can choose to select a specific group of features to suppress or use the All checkbox. In this case, I am only going to simplify one part so I will group select all of that part's features (which are listed together). 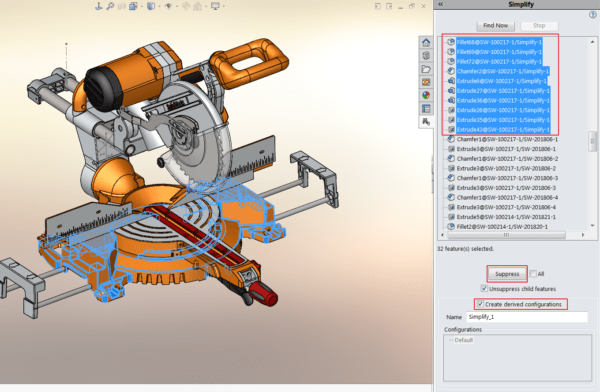 Now that many features have been suppressed, it looks like a mate error was caused. 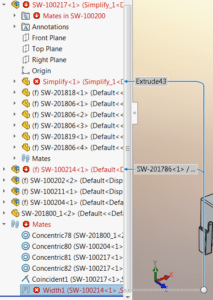 This was likely caused by the suppression of a parent feature, thus causing the suppression of a child feature who was involved in the mate. To find out I will use the Dynamic Reference Visualization (Parent) tool to show me which feature I need to un-suppress (in this case Extrude43). Doing so resolves the mate error. 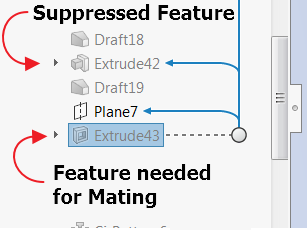 For more information, get a SOLIDWORKS 3D CAD quote or contact us at Hawk Ridge Systems today. Thanks for reading!