Posted in: Mechanical Design
By Nikki Stakic
No comments

With all the different hole creation features in SOLIDWORKS, it can be confusing to know when to use which one. I often get this question when I teach SOLIDWORKS so this blog is dedicated to summarizing these differences.

Hole Wizard is the most common feature which is used to create holes and has the flexibility to exist at the part level, at the assembly level as a post-assembly machining operation or at both the part and assembly levels. It can be used to create simple, tapered, counterbore and countersink holes. The hole type is constant through all of the parts the feature is cutting through. The hole sizes can be custom created or selected from the pre-defined library of hole sizes from multiple internationally known machining standards such as ANSI, ISO and many more. 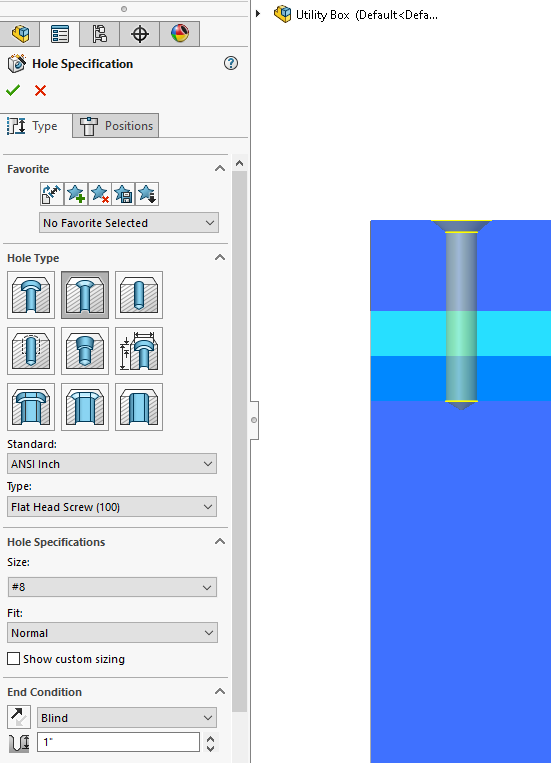 In SOLIDWORKS 2017, a feature called Advanced Hole (Features > Hole Wizard> Advanced Hole) was introduced. It is similar to Hole Wizard, but allows for a design of a stacked hole or what is also known as a multi-step hole. The feature is only available at the part level and it is a tremendous time saver to have the multi-step hole stacks created in one feature instead of creating multiple Hole Wizard features to get the same design accomplished. Clearance holes, straight tap, tapered tap, countersinks and counterbores can be created from the near and far side. 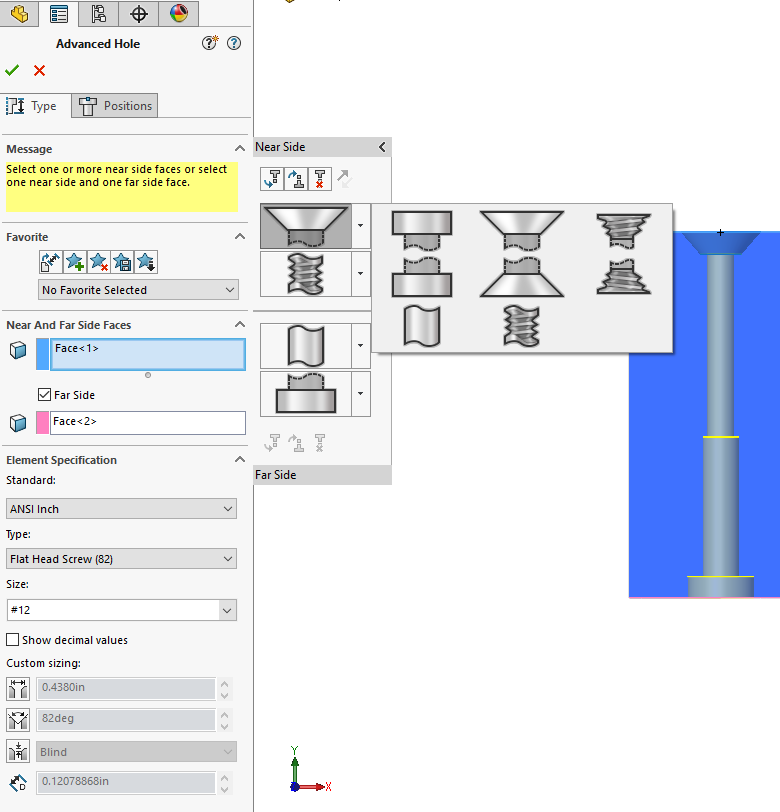 Hole Series (Assembly > Hole Wizard > Hole Series) is an assembly only feature where different hole sizes can be set for the first part, all the parts in the middle and the last part. It’s similar to an Advanced Hole as it creates a multi-step hole, but on the assembly level instead of the part level. The holes exist in the individual parts as externally referenced features (in-context). If the Hole Series feature is edited in the assembly, the individual parts are also modified. An existing Hole Wizard may be used as a seed for the Hole Series. The last tab in the PropertyManager of the Hole Series also allows you to automatically add Smart Fasteners.

If the Hole Wizard is used in the assembly, the holes do not exist in the individual parts by default. In the Feature Scope, you can select the Propagate feature to parts option, which will create the holes in the parts.

Depending on what your design intent is, whether it’s a simple constant depth hole or a multi-step hole on the part or assembly level, there is a feature for it. I hope this information was helpful in clarifying the differences.In conclusion, the differences between these 3 hole creating features are summarized in the table below:Table 1: Difference between Hole Wizard, Advanced Hole Wizard and Hole SeriesFor more information, check out our YouTube channel, get a SOLIDWORKS 3D CAD quote or contact us at Hawk Ridge Systems today. Thanks for reading!