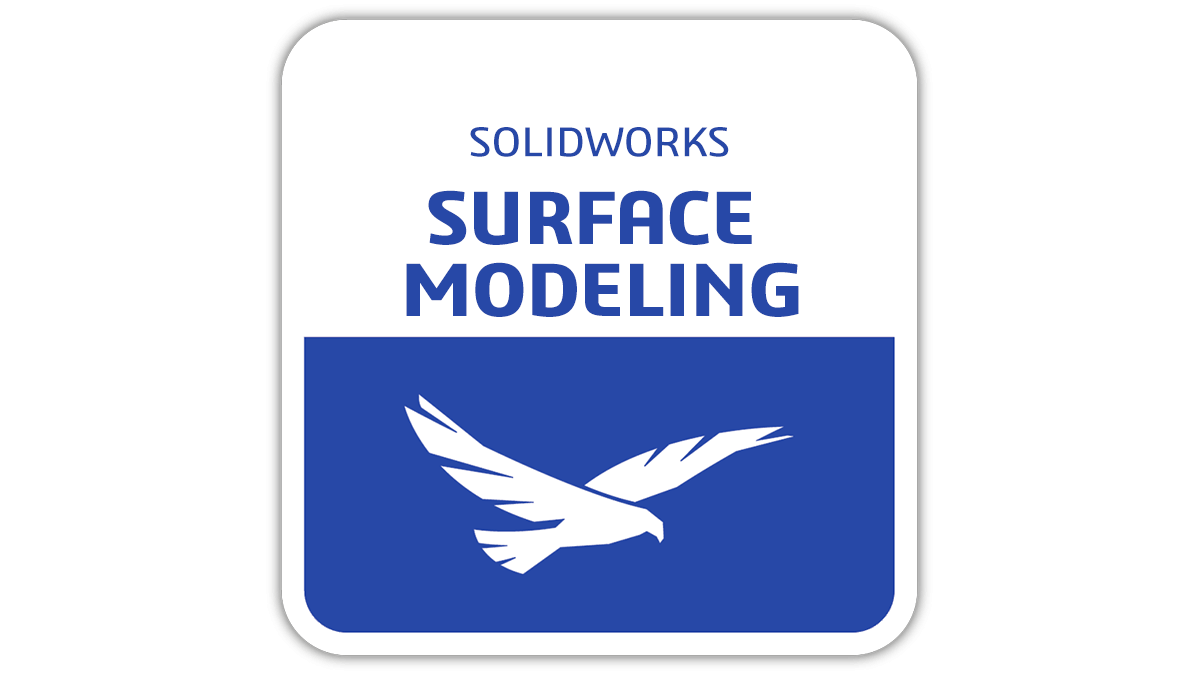 There is a huge amount of capability available to the user from the SOLIDWORKS APIs. Basically, most everything we have available in the graphic user interface (GUI) is also available through the API interface.

But there are some road blocks that prevent most of us from dipping our toes into the API waters. First, it's programming. If you haven’t done much programming, it can feel like a daunting task to get started. Second, it’s not just programming - it uses Microsoft’s Component Object Model (COM), which can seem even more daunting.

Rather than trying to spend a lot of time up front trying to understand everything about programming and COM before writing anything, the intent of this article is to jump head first into the shallow pool by showing the steps to write a simple macro using Visual Basic for Applications (VBA). We have some excellent earlier blog articles that go into more detail about the concepts being used. Feel free to jump to those SOLIDWORKS API articles for reference.

So, let’s get started… 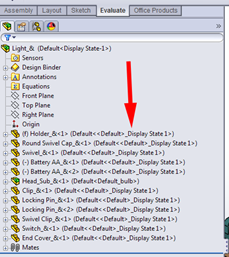 This is a simple macro that is a convenience, rather than trying to automate a repetitive task.Looking at an assembly document you have probably noticed, and then ignored, the string of text off to the right of component names in the assembly feature tree, right? By default, this is showing the configuration name and display state name of the components. Seeing this information is occasionally useful, but much of the time, it's just cluttering the screen and taking up valuable virtual real estate. 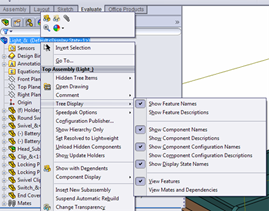 The commands to turn this ON and OFF are pretty well buried... and they take some fairly precise mousing to hit. Also, these commands are not available in the ‘Customize’ command for assigning a keyboard shortcut. Let’s create an easy macro and assign a keyboard shortcut to it for quick access.

This is a perfect case for using a macro assigned to a keyboard shortcut. It’s actually a very simple macro to record or write. There are separate commands for the configuration name and display state name. Let’s do the display state name for this example, and write this one from scratch, rather than recording it. It makes cleaner code.

To create a new, blank macro, just follow these steps:

When you hit the ‘Save’ button, the VBA Editor pops up - don’t panic. There are only a few lines of code to write. Here’s what the screen should look like:

Just type in the following lines (or better yet, copy and paste them from here):

The green text is code that already existed in the new macro. You can leave that text there and add the new, or delete out the existing text and replace it with the text above.

Explanation of the Code

Any time you see a single quote mark, ‘ , anything that comes after that mark on that line is a comment, meaning that it does not get run as an instruction – it’s ignored by the code. It’s there for us humans.

Generally, the DIM statement is for telling the computer to set aside some memory to be used by a variable or ‘object’. It stands for ‘Declare in Memory’. The ‘SET’ statement puts the data for the object allocated by the DIM statement in that memory location (see the blog article SolidWorks API Building Blocks – Part 2 for more information on this). In this case, those DIM and SET commands are used for COM objects. In the case of our macro, here’s what that means: it’s like telling the computer where to find the command that you want to use, which, in this case, is the command to show or hide the display state in the feature tree.

Rather than put all of the commands and data available with an application in one big bucket, they set up a hierarchy – like a folder structure – to help organize them. If you look at our blog article SolidWorks API Building Blocks – Part 3, it is basically describing this folder-like structure of where SolidWorks has logically organized commands. This is a simplification, but for this simple macro, these DIM and SET statements are just giving us access to the command that we need. You can use the API help file to figure out which ‘bucket’ a command resides in to use in your macro.

Showing and Hiding the Display State

The actual turning on and off of the display state from the feature tree is done in the IF and ELSE part of the code. Anything that is a simple ON or OFF is specified as either TRUE (ON) or FALSE (OFF). So the IF statement is just asking if it is TRUE (ON) – and if it is, then make it FALSE. Otherwise, it must already be FALSE, so make it TRUE. Pretty simple. The only tricky parts are finding the command in the Help file, and the fact that we begin each command with the name of the object that has the command. In this case ‘swFeatMgr.’

Now we’re ready to set up our keyboard shortcut. Make sure you have identified your MACRO folder in ‘System Options/File Locations/Macros’.

Voila! Turn the display of this information on and off with just the press of a key on the keyboard. You can create another one to show or hide the configuration name, too. Same macro, just use ‘ShowComponentConfigurationNames’ instead of ‘ShowDisplayStateNames’.

If you're interested in learning even more about SOLIDWORKS API, you might also want to check out our online course - SOLIDWORKS API Programming.

November 24, 2014
Did you like this post?
0
0
Comments
Sunil
Thank you sir. I need a macro of parts+assembly which can run on any assembly. Please sugges the appropriate path. I need to solve this issue as soon as possible.
Reply
windows 10 sound crackling
The API of the SolidWorks is having the different work which is having the best one to find out the execution for the particular part which can be working perfectly to found out the perfection.
Reply