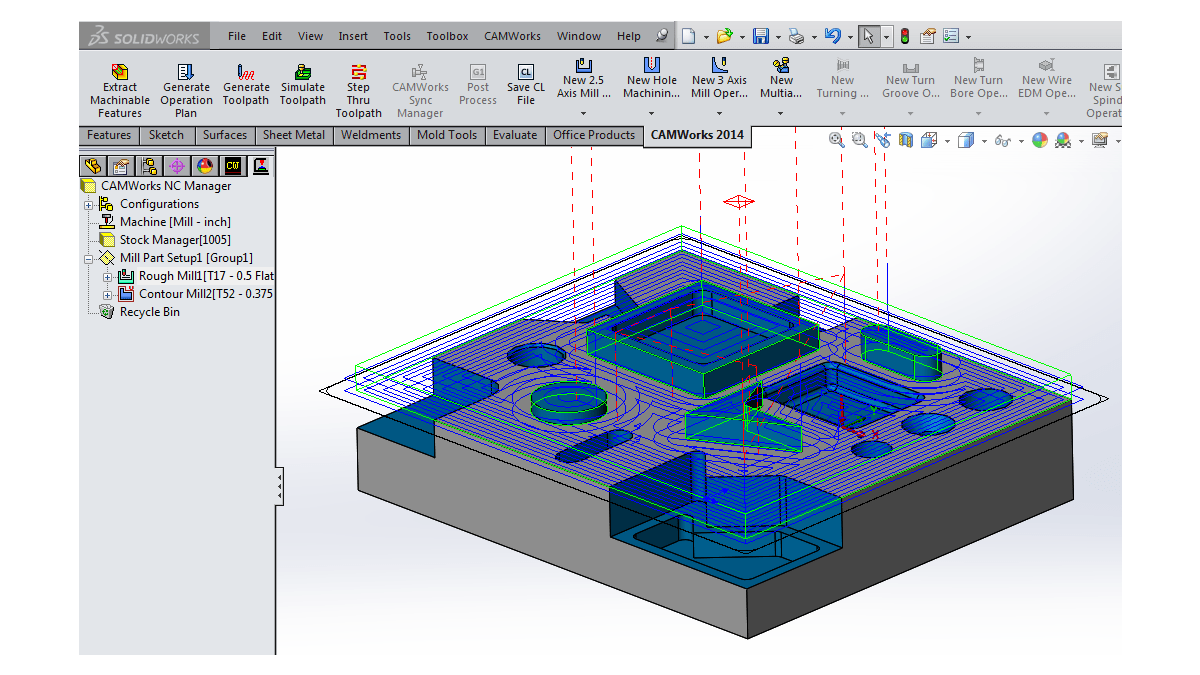 CAMWorks provides two different methods of creating a “Part Perimeter” feature to remove material from the outside of your part. These methods are the “Open Pocket” and “Boss” types.

Part Perimeter type “Open Pocket” should be used when it’s intended to remove all material up to the selected geometry. This should be used when there is a significant amount of material to remove from the stock, and multiple parts are not being cut out of a single piece (such as a sheet). This is the typical method you will be using when machining parts from bar stock. 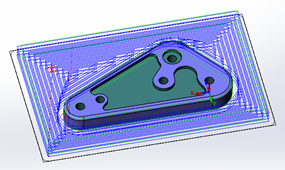 Part Perimeter type “Boss” should be used when it’s intended to follow the outside profile with one or several passes. This is appropriate to use as a Part Perimeter for applications such as routers, where it is intended to plunge down and cut out just the outside profile of the part. It may also be appropriately used to “clean up” parts such as castings or partially machined parts that need only slight material removal. 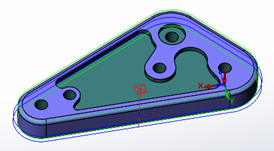 The “Boss” feature, when applied to an internal boss as pictured below, allows you to chase the profile of the boss. This would allow cleaning up of a casting’s critical surfaces or other geometry, but “Boss” features are not what you would typically want to use for mass material removal. 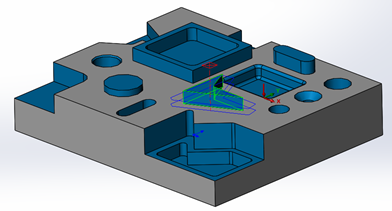 The “Open Pocket” feature on the other hand, as pictured below, allows for automatic removal of all material to a certain depth. It automatically detects any islands (internal features that protrude above that depth) and intelligently machines around them. This means that you can very quickly program material removal around multiple features, simply by selecting the bottom face and applying an “Open Pocket” feature. 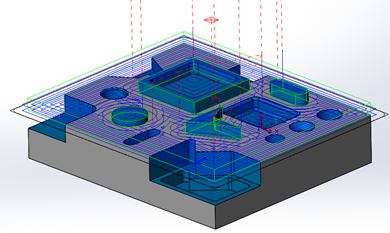 The setup of both the Open Pocket and Boss features can be seen in our companion YouTube video:

CAMWorks - How to use Open Pocket and Boss Features