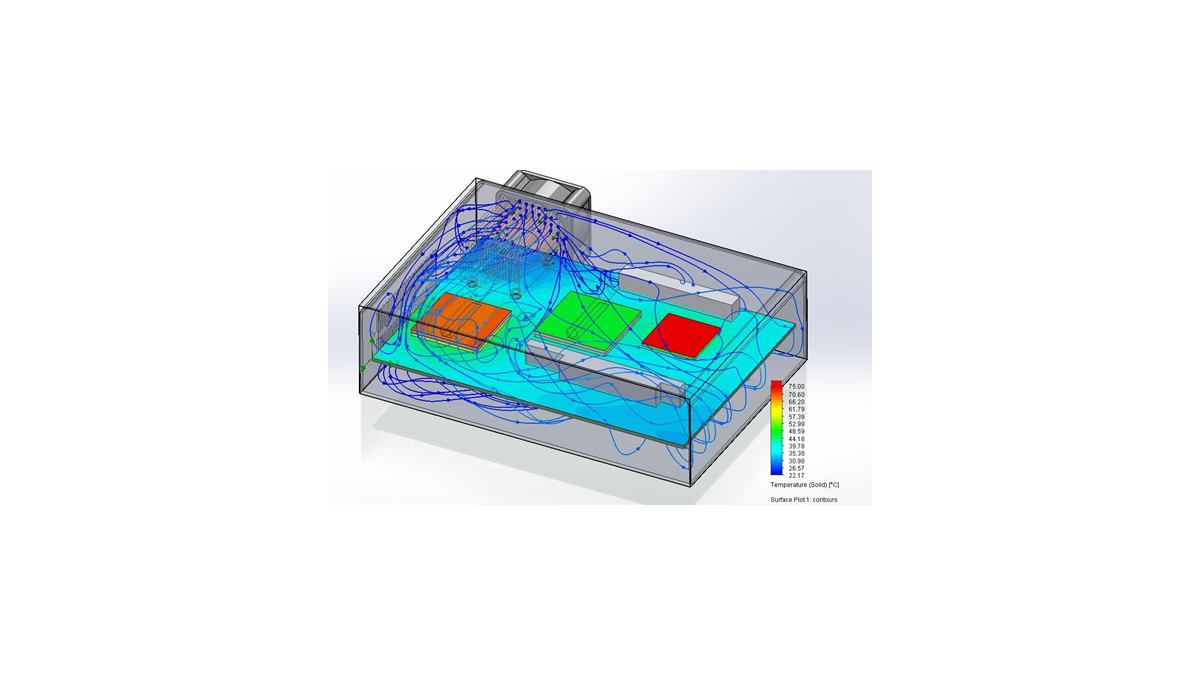 If there’s one thing I've learned from immersing myself in simulation tools for the last several years, it’s that the phrase “work smarter, not harder” is a pretty good advice. Of course, working hard is always admirable – but using our brains can make that hard work go a lot further. I think the maxim applies especially well to any kind of simulation, where the hard work is being done by your computer’s CPU (and it of course can only do so much).

SOLIDWORKS has always taken this philosophy to heart, particularly with SOLIDWORKS Flow Simulation, the embedded CFD analysis tool. Flow Simulation utilizes a number of technologies to ensure that a simulation is both easy for the user to set up and also gives accurate results in a wide range of problems – for example, the ability to detect either laminar or turbulent flow, analyze compressible fluids, and resolve complex geometry easily. 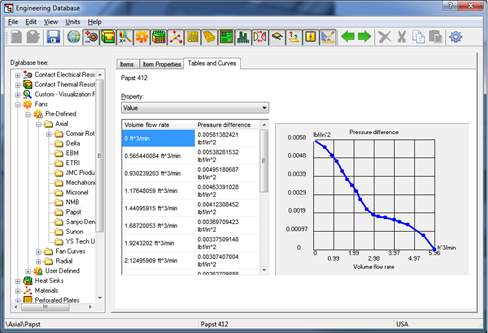 One example of this mantra is in apparent in electronics cooling problems, which is one of the most common applications of Flow Simulation. When defining this kind of simulation, users typically needs to put in some known inlet or outlet conditions – like for fans or vents in the case. Oftentimes it may seem simple enough to look at a fan’s rating, say 35 CFM, and type that in as a volume flow rate. The problem, as any fan designer will tell you, is that this output isn't always the same. The volume flow rate of a fan (or a pump for that matter) depends on the pressure gradient across it, and this relationship is generally shown as a curve. If your fan is trying to push air into a small, crowded box where pressure is building up, the curve will tell you how much its performance is being reduced. If you were trying to enter the flow rate manually, the only way to get it right would be to repeatedly guess-and-check, re-running the simulation until the flow rate matches the pressures in the results.

Luckily, in  SOLIDWORKS Flow Simulation, users can directly specify these fan curves to an inlet or outlet using the Fan condition, which can make a big difference in the realism of a simulation. For example, take a look at the two different cases of a desktop computer using Flow Simulation’s Compare Results tool. In one, the maximum CFM rating of the fan is entered as an inlet condition; in the other, the proper fan curve is applied. As it turns out, due to the pressure buildup in the box, the fan is blowing less air in than you might expect- about 4.7 CFM instead of the rated 6 – resulting in a higher CPU temperature. If you’re trying to size heat sink fins or optimize fan placement, that difference might be the key to getting the right answer.

Best of all,  SOLIDWORKS Flow Simulation has a library of real fan curves built-in to the Engineering Database, which can be expanded with the Electronics Cooling add-on module to include manufacturers like Delta, Sanyo, and Mechatronics. Of course, you can always create your own fan curves as well.

So, remember the old saying, and give your simulation the setup conditions it needs to work smarter. Your CPU will appreciate the menial labor you've saved it- and your boss might, too.

June 27, 2014
Did you like this post?
0
0
Comments
Gustavo Lehto Gomes
Dear Tordini, I'm engineering coordinator of JL Racing in Brazil. We are developing a new bodywork to our Stockcar Brazil to 2016. We have a partnership with Solidworks company. So, we are starting aerodynamic studies, but we are not expert in flow simulation and we have some doubts about power of our computer and some details about setup of studies, could you help us? Do you know if exist some course dedicated of Solidworks flow simulation to performance in racecar? Thanks! Best regards.
Reply
Damon Tordini
Gustavo: I sent you a direct email with some information. Please let me know if you haven't received it.
Reply
Brian HIll
I'm using SolidWorks Flow Simulation and I'm having trouble defining an internal fan. When I select the inlet and outlet face I get an error that "face is not laying on the boundary between solid and fluid region". It's an internal fan, so it would be on a boundary. Any thoughts as to what my error is?
Reply
Damon Tordini
Hi Brian, The "internal fan" condition is only meant to be used when the fan is completely inside the fluid space of your simulation, and you want to see it recirculate air through your design. If your fan is instead adding or removing air from the system like a boundary condition, you'd want to use the "External Fan" option. There also could be an issue with the geometry that is preventing the fluid space from being detected. I recommend reaching out to your VAR's tech support to investigate further.
Reply