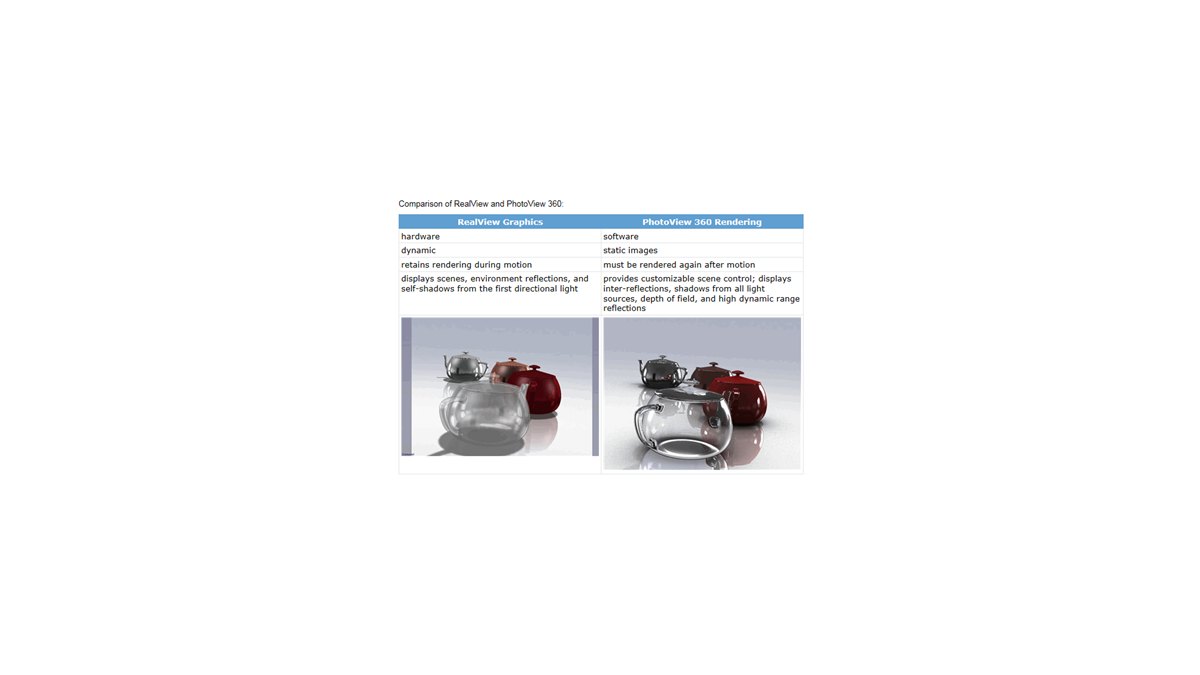 In today’s blog, lets uncover some of the methods of Visualization SOLIDWORKS has to offer, take a more in-depth look at RealView, and then we’ll take a look at which option will suit you best!

The first visualization technique that doesn’t require any special hardware will be OpenGL. All modern graphics cards have OpenGL capabilities, and should be able to handle OpenGL. All the processing is normally done on the Graphic Processing Unit (GPU). 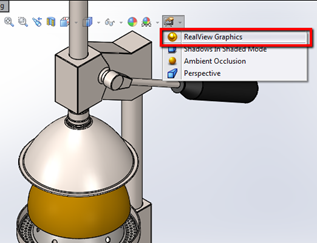 Next, if you’re looking for more a realistic rendering, RealView will build off of what OpenGL provides. Now, if you’re not seeing RealView, which is found under ‘View Settings’ in the ‘Heads Up Toolbar’, you’ll want to make sure that ‘Software OpenGL’ is not turned on. The easiest way to identify if it is, is by going to your ‘System Options’ > ‘Performance’ > making sure ‘Use software OpenGL’ is not checked, as seen here. What software OpenGL does, when enabled, is disables the graphics card hardware accelerator and enables graphics rendering using only the software. Note that if you do have it turned out, you’ll have to close all existing files to be able to uncheck ‘Use software OpenGL’ since it is a ‘System Option’ and isn’t document-specific. 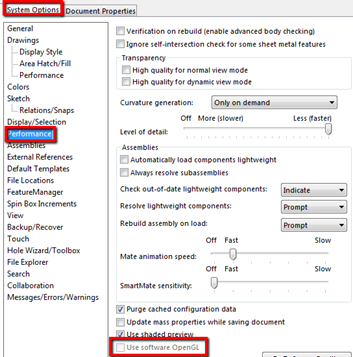 If you’re still not seeing RealView after verifying OpenGL is not on, you’ll want to make sure you have an approved graphics card as well as the best graphics card driver for the software version you’re running. You can navigate here to the SOLIDWORKS’ website: www.solidworks/sw/support/videocardtesting.html, where you’ll simply just put in the model of your workstation or locate the specific graphics card you have. You can then download the driver and see if ‘RealView Graphics’ becomes available for you!

The benefit of activating RealView is it will generate more of a realistic image by including:

When we begin to compare RealView to PhotoView 360, RealView only casts a self-shadow and floor shadow for the first directional light. You can easily adjust the directional light by going first to your ‘FeatureManager’, clicking on the last tab for the ‘DisplayManager’ > ‘View Scenes, Lights, and Cameras’ > expand out the ‘Lights’ folder, and right-click the ‘Directional1’ to get ‘Edit Directional Light…’ 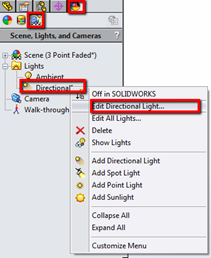 Lastly, how does RealView stack up to PhotoView360? PhotoView360, a SOLIDWORKS Professional add-in, allows for more in-depth, photorealistic renders and we can begin to see the differences between RealView and PhotoView 360 based off the chart below: 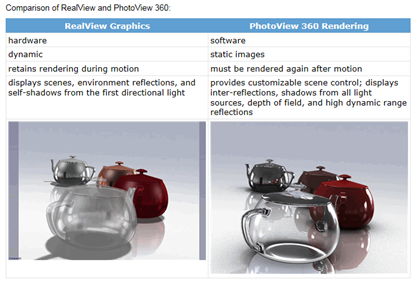 If you take a look below, I have three samples of the visualization we talked about today: OpenGL, RealView, and PhotoView 360. 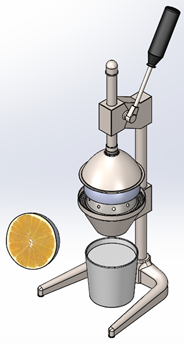 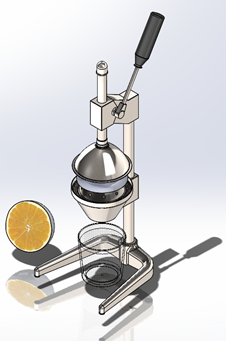 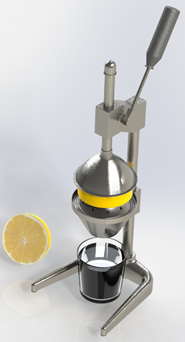 The main advantage of OpenGL is the ability to take a quick snapshot and is the fastest of the three visualization methods. The disadvantage, as you can see, would be that it contains the least amount of detail of the three. The advantages RealView has over PhotoView 360 differences lie in processing time and the ability to render during motion. With RealView, you can rotate and pan around your model and the model will retain of the RealView characteristics. With PhotoView 360, the ‘Final Render’ window will only capture statically what it sees in the window, which means any changes to the camera position or model must be rendered again. In addition to that, PhotoView 360 requires more processing time, but it can be scheduled when you’re away from the computer or off from work! PhotoView 360’s advantages are that it’ll provide the most realistic render of the three, while providing more options in terms of light sources that influence shadows, depth of field, and advanced texture mapping.

At the end of the day, as long as you have SOLIDWORKS Professional or Premium, the beauty is you really don’t have to choose. As you can see, SOLIDWORKS makes it incredibly flexible for you to generate all three outputs to see which one will give you the desired outcome!