Rebuild Vs. Forced Rebuild in SOLIDWORKS? 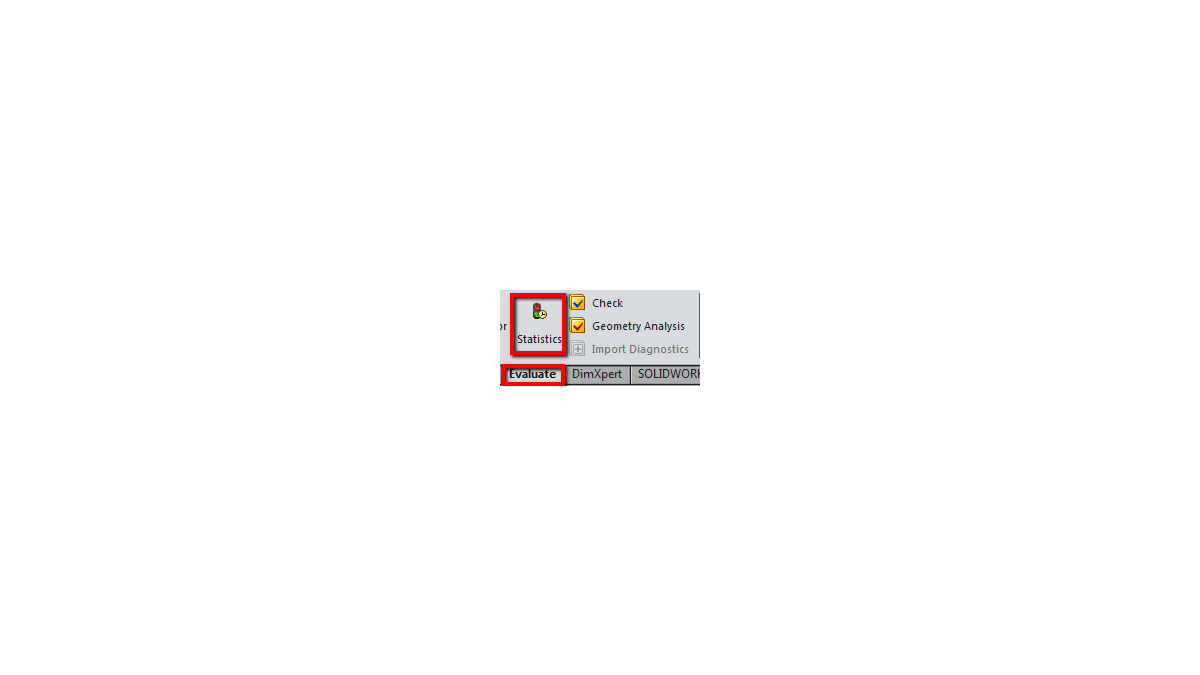 Have you ever called into Hawk Ridge Technical Support and sometimes the issue was resolved with a ‘CTRL+Q’, what we would call a Forced Rebuild? Today, we’ll discuss some of those terms so you have a better understanding of what’s going on in the background!

Before we talk about a ‘Force Rebuild’, let’s review what a regular ‘Rebuild’ does. A Rebuild is initiated by doing a (CTRL+B), which aims to rebuild new or changed features and their associated children features in a part. It can also be found on the Standards Toolbar, as the traffic light.

If you’ve ever made a dimension change (which I’m sure we all have), then you most likely will see the traffic light icon right by your Feature on the FeatureManager Tree. What that means is that this feature has yet to be rebuilt, and instead of instantly updating, SOLIDWORKS is waiting for you to initiate the rebuild just in case there’s any other dimensions you want to change before the full rebuild.

At times you’ll notice that the Rebuild could be taking longer time than expected. One of the ways you can identify what takes the longest feature to rebuild is under ‘Evaluate > Statistics 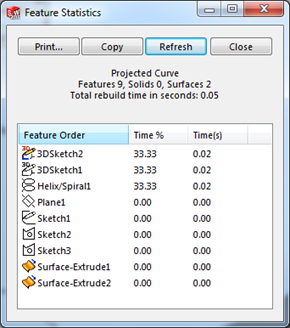 Once initiated, you’ll be presented with a prompt which will show the features in the model that accounts for the largest percentage of the rebuild time, with the largest at the top. It’ll also display the number of ‘Features’, ‘Solids’, ‘Surfaces’ in the model, as well as the ‘Total rebuild time in seconds’. This is a beneficial tool since you can now pinpoint which feature could be lagging the rebuild to potentially suppress temporarily.

Now, onto the ‘Forced Rebuild’! The Forced Rebuild’s (Ctrl+Q) main functionality is to rebuild everything from the beginning of the FeatureTree; as you might have observed, a CTRL+Q generally takes a little longer than a CTRL+B does. The Forced Rebuild serves as a diagnostic tool for Support to make sure any new features do not break or introduce errors into earlier features.

The above applies to the part level, but what about the assembly level and drawing level? In an assembly, a CTRL-Q will only rebuild assembly level features and mates, as well as any items that have rebuild flags. In a drawing, a CTRL-Q will rebuild any view that’s been created with sketch geometry, along with any items that have rebuild flags. For instance, a Detail View will be rebuilt because a sketched circle was used to create it, as well as a line(s) for Section Views.

So in short, if you find that ‘Ctrl+Q’ fixes an issue that a ‘Ctrl+B’ does not, let us know! As part of the SOLIDWORKS Community, you can help ensure SOLIDWORKS is constantly getting better by circling back with us via e-mail or phone. We’ll then create a SPR and send it through the SOLIDWORKS channels.

September 26, 2016
Did you like this post?
0
0
Comments
kalaiselvan
Hi Sir/ Madam, This is kalaiselvan from Aktis Engineering solution at Bangalore. When we are doing CTRL+Q (Force regen) some features are failing without logic. If we correct the issue and do it again other features are failing from beginning itself. One more thing that feature tree is very huge like more than 2000 features. Please help us. Thanks & Regards, Kalaiselvan.
Reply
Jillian Schmid
Hello Kalaiselvan. Thanks for reaching out! It's hard to diagnose the issue without seeing exactly what's going on with your large part. With your large part, it is not uncommon for issues with one feature to result in issues with another, therefore, you may see different results each time you correct one feature. Have you tried contacting your local reseller to see if they can help?
Reply