SOLIDWORKS Simulation: Testing the Validity of a Coin Bridge 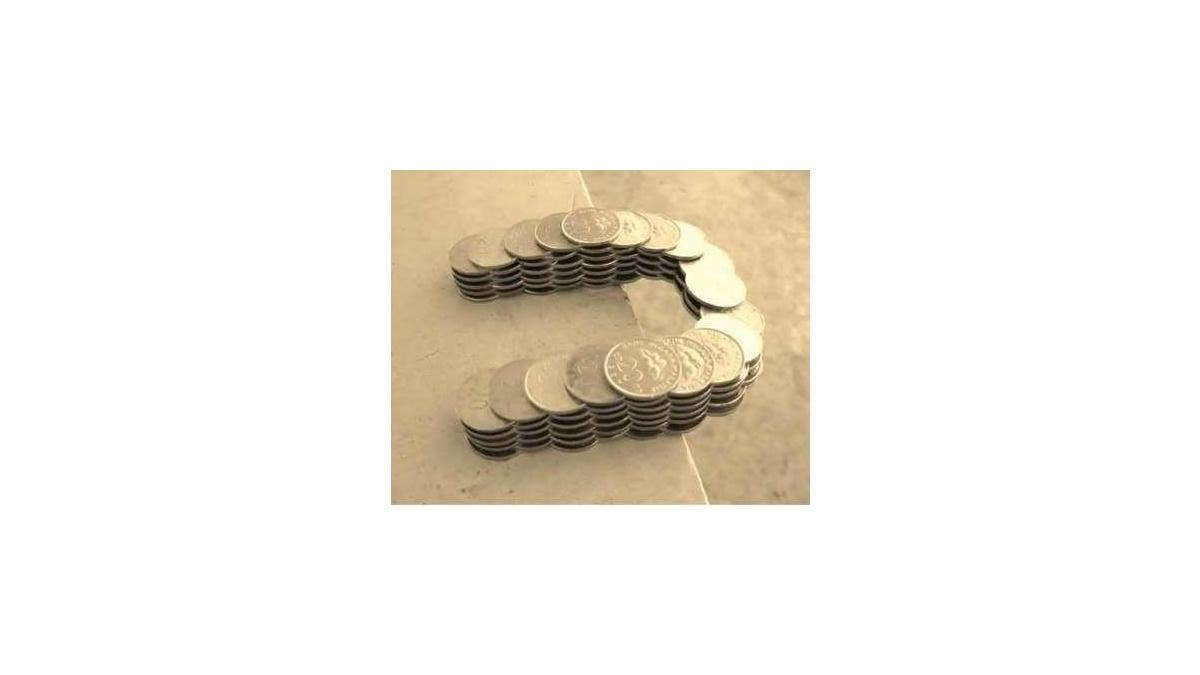 I was on the internet and saw this image of a coin bridge. It looked really impressive and I wondered if it is stable under its own weight or if some sort of adhesive was used. I don’t really have a steady hand so building my own coin bridge in would be frustratingly impossible but I could easily simulate one inside of SolidWorks and use a Motion Study to see if it will collapse under its own weight.

The kinematic solver inside of a SolidWorks Motion Study uses the part contacts and a robust physics-based solver to accurately determine the physical movements of an assembly under load. So it will be perfect to determine if the bridge will collapse under its own weight. To create the assembly inside of SolidWorks I used a combination of the Linear Pattern and Mirror Components tools to quickly stack the virtual coins into the bridge structure.

For the Motion Study the only force applied to the structure is gravity and that was done using the Gravity command. I had to apply solid body contact between all the coins that were touching using the Contact command. At first I applied the contacts in a way that every solid body would be able to contact another but ended up having 4753 contact pairs. That approach is overkill as most coins can only potentially touch 4 other coins not all 97. So to reduce the size of the problem I manually added 55 Solid Body Contact features each containing 3 to 6 contact pairs. This significantly reduced the size of the problem but got a little redundant. After I finished the Contacts I set the Motion Study Properties to use Precise Contact and the WSTIFF solver. I used Precise Contact because it is the most accurate contact solver and the coins are all making contact on their edges. The WSTIFF solver was selected because it can accurately handle the sudden solver step sizes created by the discontinuous forces resulting from the 3D contacts. also put a coin hovering above the table which will act as a sanity check by falling and will signify a successful simulation if the bridge does not move.

The first run of the simulation had some exciting results, a beautifully animated collapse. This was the result I was expecting so initially I was convinced they were valid. After reviewing my simulation parameters I noticed that for all my Solid Body Contacts I was using a friction factor for two acrylic materials and pondered the importance of the friction factor in this study. With a higher friction factor it would be harder for the coins to slide making them more stable. So I decided to change the Material inside the Contacts to dry steel which will give me a more realistic friction factor to the coins. I was also missing a few contact sets so some coins were free to move horizontally causing my initial results to be inaccurate. The Motion Study with the corrected friction factor and added Solid Body Contacts took about 9 hours to solve on my laptop which is running 7.43 GB of RAM and a 2.7GHz processor.

In hindsight I simulated for a whole second but only needed to simulate about 0.2 seconds. The majority of the simulation is no motion but a lot of contact forces between all the coins. This gives me the confidence to believe that the coin bridge is stable. If you look closely in the video above or the 4 images in sequence below you can see the bridge bend but not collapse under its own weight.