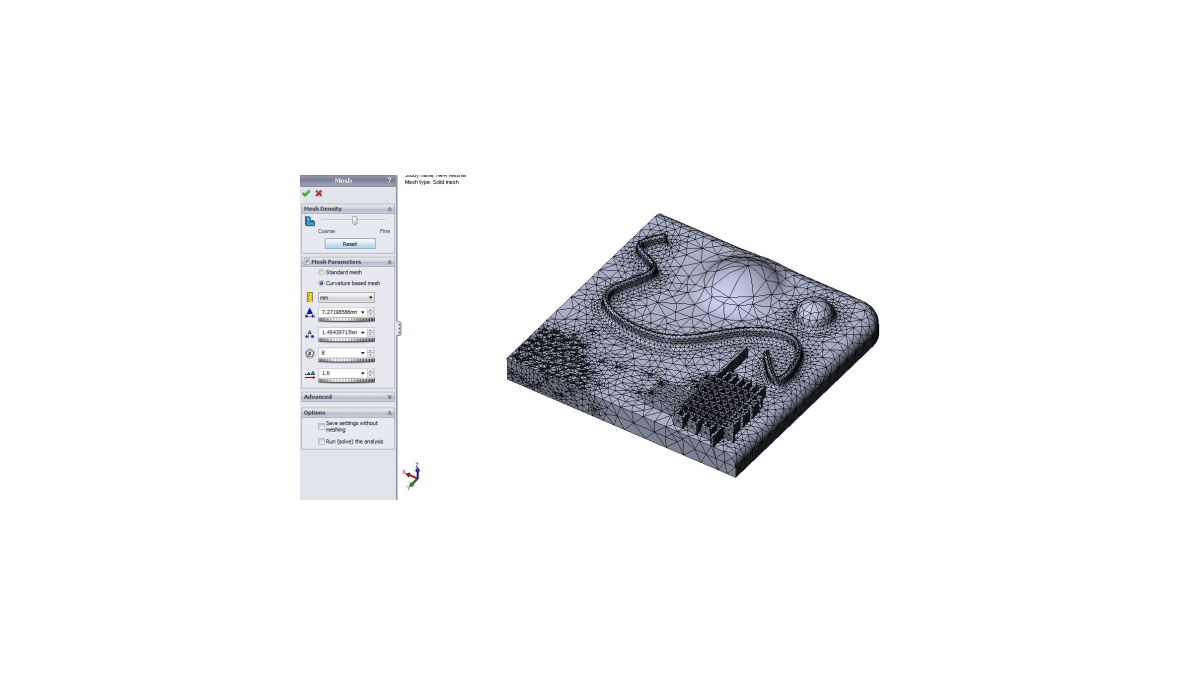 For the new Simulation user (and even for the experienced user) meshing an assembly model can be a real headache. Real-life assemblies, are complex, have detailed areas, and often have thin or small parts that need to be incorporated in the mesh. While SolidWorks has one of the most robust meshers I’ve ever had the pleasure of working with, the act of converting your geometry to mesh can still be a challenge.

To try to ease this pain, SolidWorks have introduced a couple of new tools and workflows in SolidWorks 2011 to further improve the ease and speed of meshing.

First, and simplest, you will now see a new default meshing scheme when you launch a SolidWorks 2011 Simulationstudy. It’s the curvature-based mesher, and while it has been around since the 2008 release, its capability is greatly enhanced in the new version (and you can still set the standard mesher back to be the default if you wish, via the Simulation Options menu).

The curvature-based mesher interrogates the radius of curvature of each area of the model, and tries to map mesh elements to it based on that curvature – for example, small holes get tighter mesh elements than flat, thick plates. In stress analysis, sharp corners generally relate to high stress concentrations if they are in the load path. Because of this, tighter mesh generation in these regions normally means more accurate stress results, so the curvature-based mesher gives us some help with accuracy here. 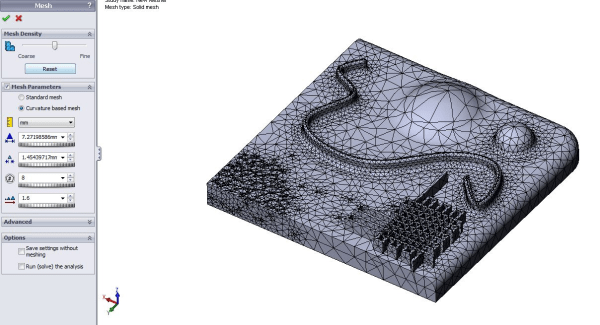 For a given model, the curvature-based mesher will probably create more mesh elements (and therefore take longer to solve) than the standard mesher, but will generally mesh more complex models out of the box, compared to the standard mesher. The other significant advantage of the curvature based mesh is that it lends itself exceptionally well to multi-core meshing. Until this year’s release, meshing was a single-core only process, so if you had a quad-core processor on your system, SolidWorks was unable to use more than one at a time. Both the meshing routines in SolidWorks 2011 use multi-core processing to some degree, but the curvature based mesher has a computational routine that performs much better in a multi-processor or multi-core environment, particularly in assemblies with multiple parts using incompatible meshing.

I thought I’d do my own, highly unscientific benchmark comparing the two mesh regimes with a model that has given me some trouble lately.

The model pictured has some small, thin display brackets that present a real problem with meshing. Use of a mesh control with fairly small element size is required to get a valid mesh. 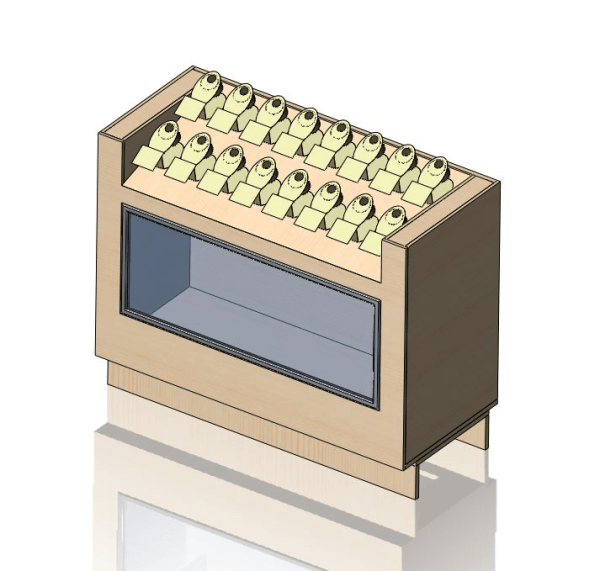 To do this benchmark, I’ve used the default global mesh size, and the largest mesh control I could to ensure the brackets still mesh – a 7mm mesh element. This model is a great example of a situation with both large, broad items, and small, detailed ones.

The results of the two different mesh types are below:

Below is the mesh generated by the standard mesher: 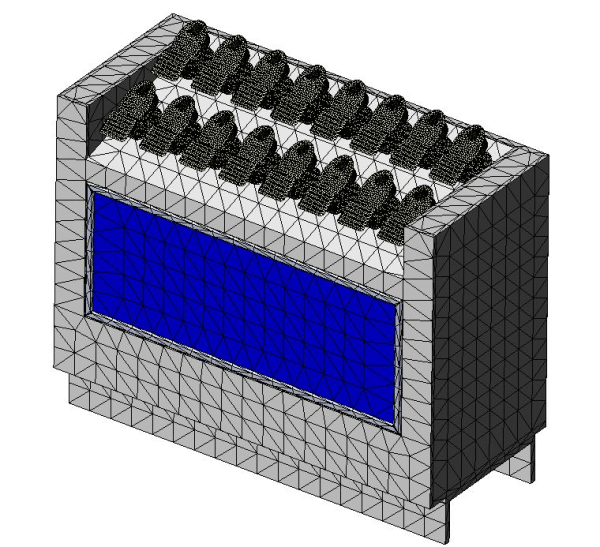 Below is the mesh generated by the curvature-based mesher. 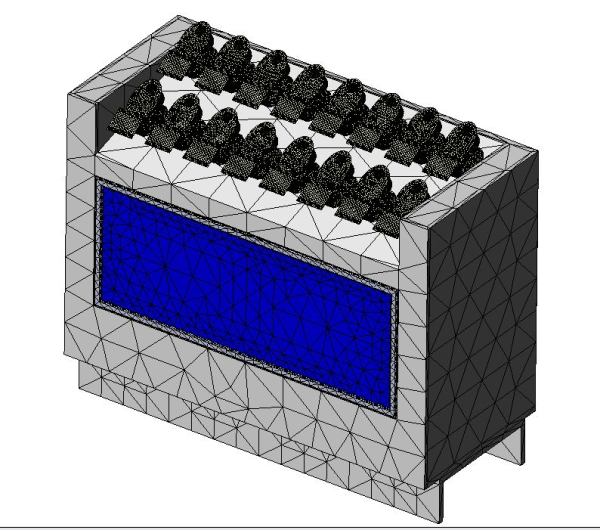 In summary, the curvature-based mesher is significantly faster on this model, but generates about 30% more elements. Overall, considering mesh+solve time, curvature-based is slightly faster. In this instance, I wouldn’t feel comfortable using the mesh density shown above in either case for accurate results, and would want to refine further, but this serves as a useful comparison between the speed of the two meshers.

For my day-to-day work, I’ve set the curvature-based mesher as the default, but often run into models that get me closer to a complete mesh with the standard mesher. My general procedure is to try a model with the curvature mesher, if it fails, I’ll try it with the standard mesher. From there, I’ll refine whichever one got me closest to a complete mesh. Of course, once the model is complete, I’ll need to review the validity of the mesh for capturing the stress in the model, and possibly refine from there, but that’s a blog for another day.

Stay tuned as my next post will be on the new meshing workflow for failed mesh parts in SolidWorks 2011.