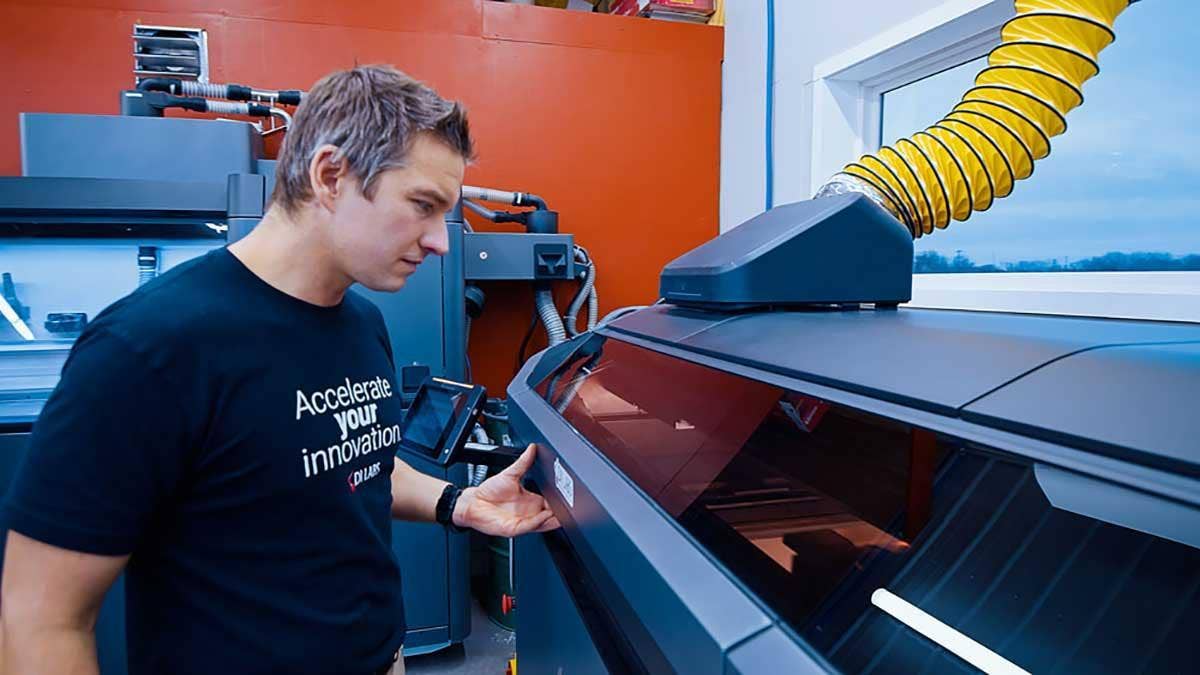 These are just a few of the varying products that DI Labs, a small digital manufacturing shop in Spicer, Minnesota, is involved in.

Here, the 3D printers run 24 hours a day – constantly cranking out part prototypes and components for some of the biggest companies in the Midwest.

DI Labs has worked hard to set themselves apart since they first came on the scene in January of 2013, including being the first company in Minnesota to own an HP Jet Fusion machine.

One of the more unique characteristics of the business, however, is that three brothers are at the helm.

With a hardworking, do-it-yourself work ethic instilled throughout their upbringing, Carl and Brian Douglass decided to start their own firm. Their brother Sean joined in later years. 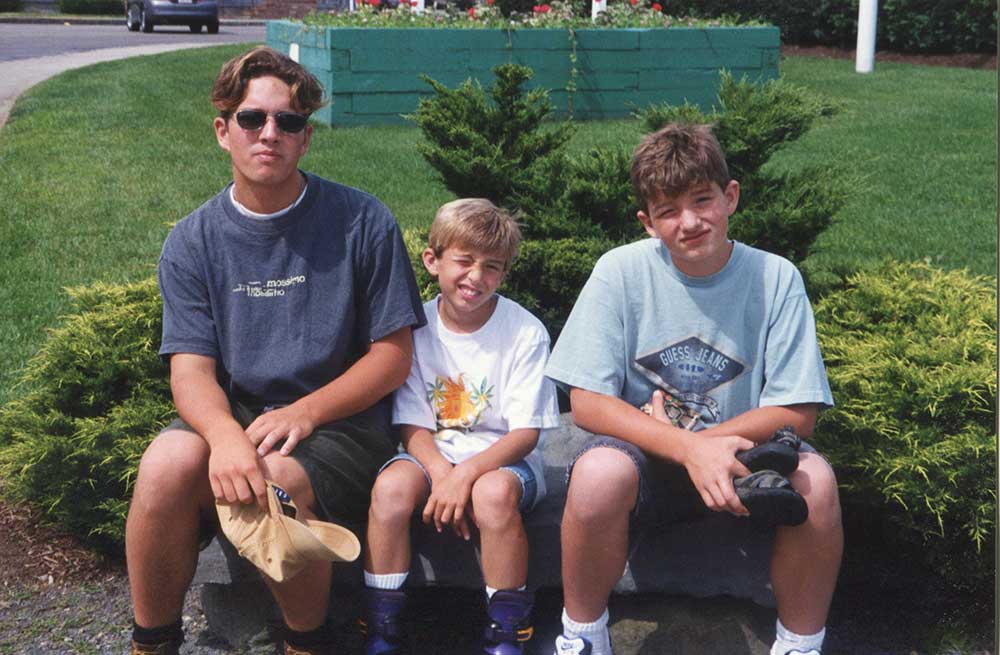 The Douglass brothers in their younger years (left to right: Carl, Brian and Sean).

Playing off one another’s strengths, Carl is the visionary for the company’s future, Brian focuses more on the day-to-day operations and Sean operates the equipment.

“We each have our own vision set for the company,” said Carl. “I wouldn’t do business with anyone else.”

The Douglass brothers share a passion for developing products, not only for themselves but also for their customers.

A client can present a napkin sketch of what they want to bring to the market and the team at DI Labs is able to walk them through each stage of the development process. From concept to validation, market insights and production, they truly are a start to finish, full-service provider. 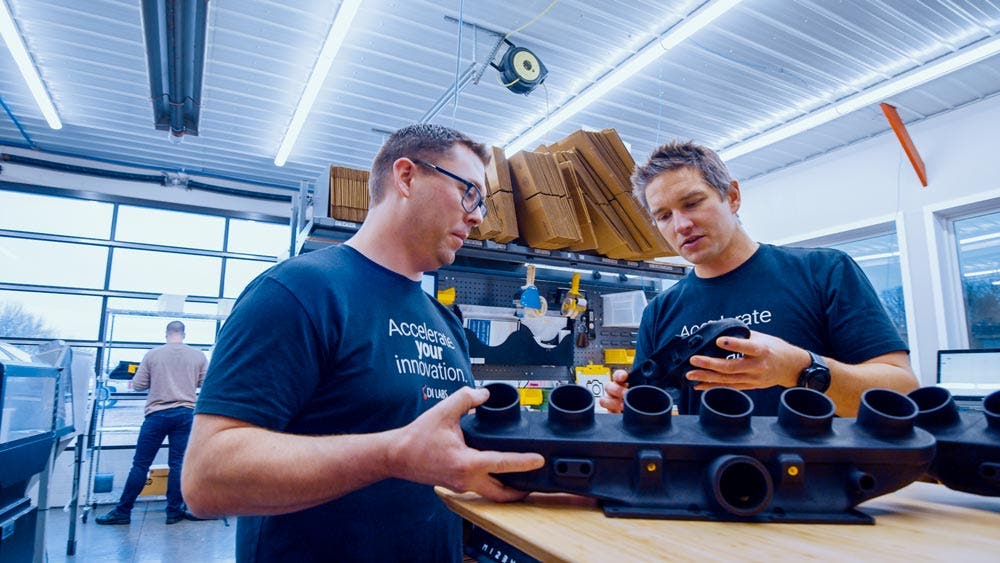 The rapid turnaround time that DI Labs boasts is what keeps customers coming back and grows their referral base. HP additive manufacturing technology has played a pivotal role in that success.

Needing to scale up in both production size and output, the Douglass brothers looked to HP 3D printers several years ago. They found HP provided more durable and detailed finished parts than competing technologies. 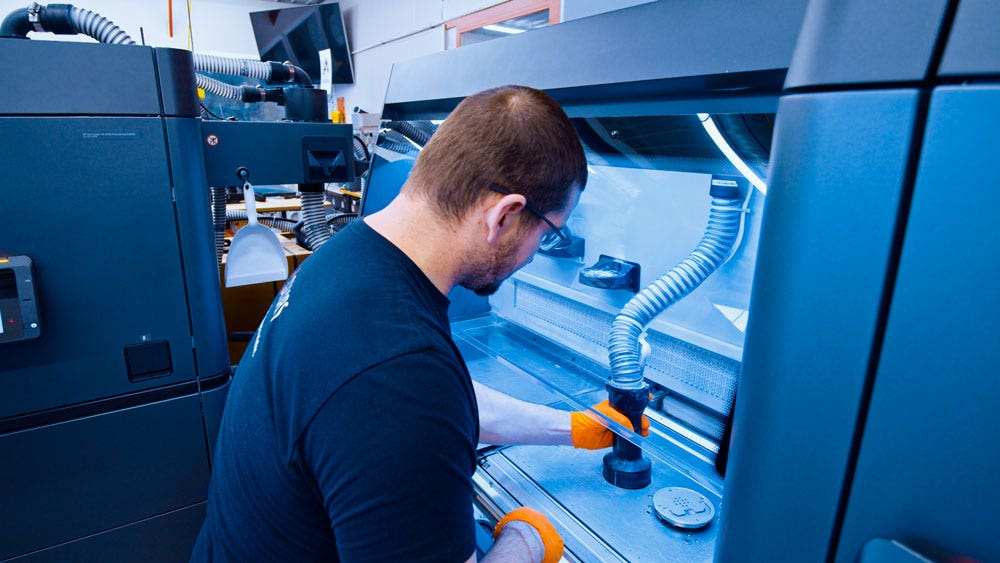 Sean Douglass operating one of the HP 3D printers at the DI Labs facility.

“Having HP has been a dramatic change for our service model,” said Carl. They can produce high volume prototypes in a single day. Last year alone, the firm printed over 100,000 parts. “We couldn’t have done that with any other technology that is available.”

HP Jet Fusion technology allows the team to make prototypes that are identical to the finished part – both in function and surface testing.

The best part? Testing on these parts happens way before the mold is ever made, which creates a huge change in time to market.

When Lettuce Abound, a pioneer in organic farming, came to DI Labs with a need for a custom-designed aeroponic basket, the team rose to the challenge. The growing company needed small baskets that could hold an organic grow medium and be produced in high volumes.

Three months and 10 iterations later, DI Labs delivered a new design of the basket that could be printed in quantities of 1,600 units. 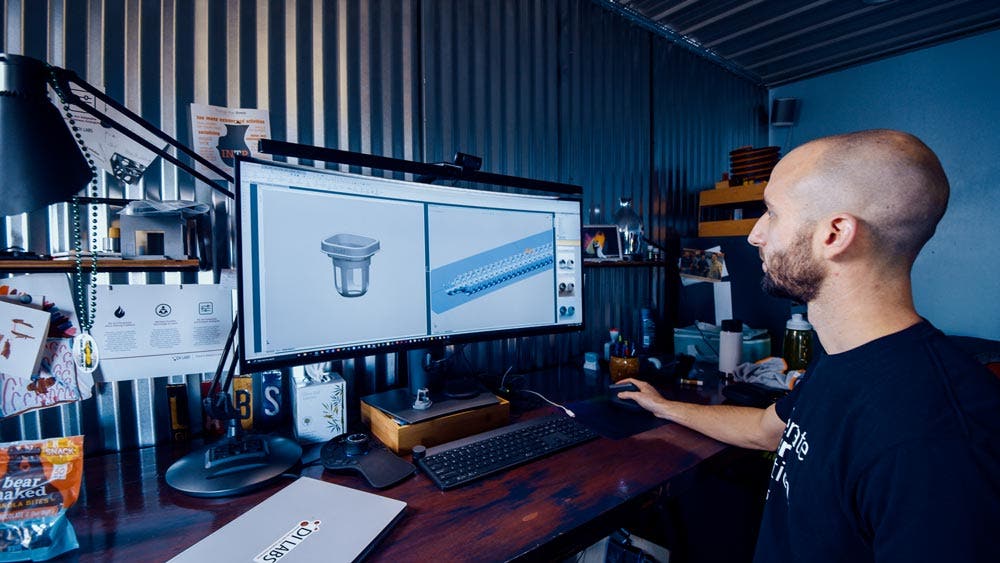 Using 3D scanners, SOLIDWORKS for pre-build and design work, and HP 3D printers for large scale production, they were able to push the limits on the minimum spacing requirements and help Lettuce Abound go fully organic. Not only that, but they increased lettuce production by 30 percent and decreased the required growing time. 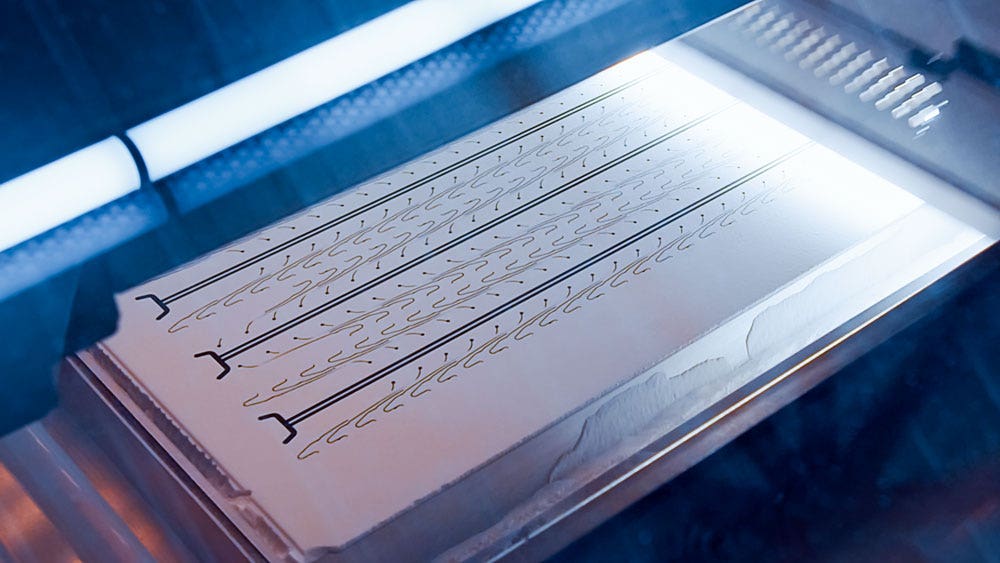 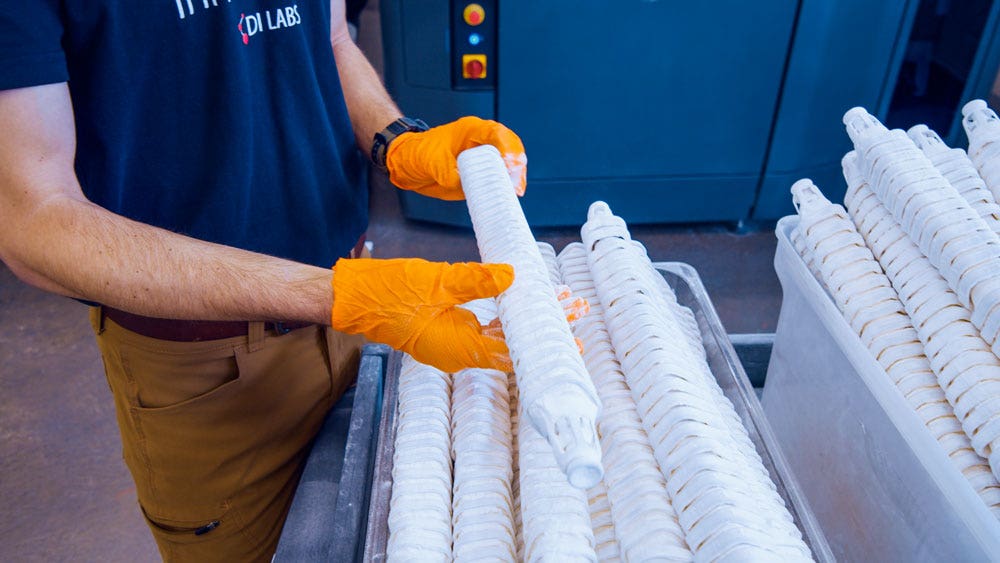 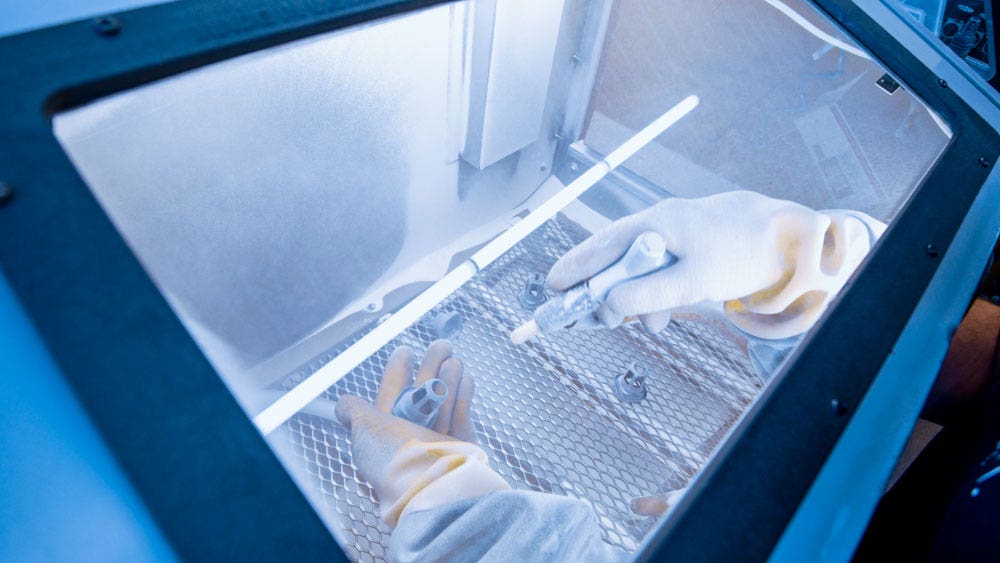 With the help of available technologies, the DI Labs team was able to track the progress of growth, make changes and analyze how those changes affected the lettuce. “To be able to see such rapid change and have a large-scale test was really exciting,” remarked Brian.

Expanding Into the Future

While the company already builds everything from aircraft fuselages to manufacturing jigs and fixtures, they are always evolving to keep up with available technology. They have recently added a new surfacing system to their 3D printing toolkit and are hoping to get into the med-tech industry.

When all is said and done, the aspect of their business that they are the most proud of is the care they give their clients. “We measure success by the reaction we get from our customers,” said Carl. “We work really hard to maintain a high level of service.”

Looking for help creating prototypes for your next project? Get in touch with the DI Labs team to get started bringing your ideas to life.

Visit our website for more information on the powerful technology of HP 3D printers, and be sure to contact us if you have any questions on how you can incorporate these tools into your own business. Thanks for reading!