Choosing Between a Weld Bead and Weld Fillet in SOLIDWORKS 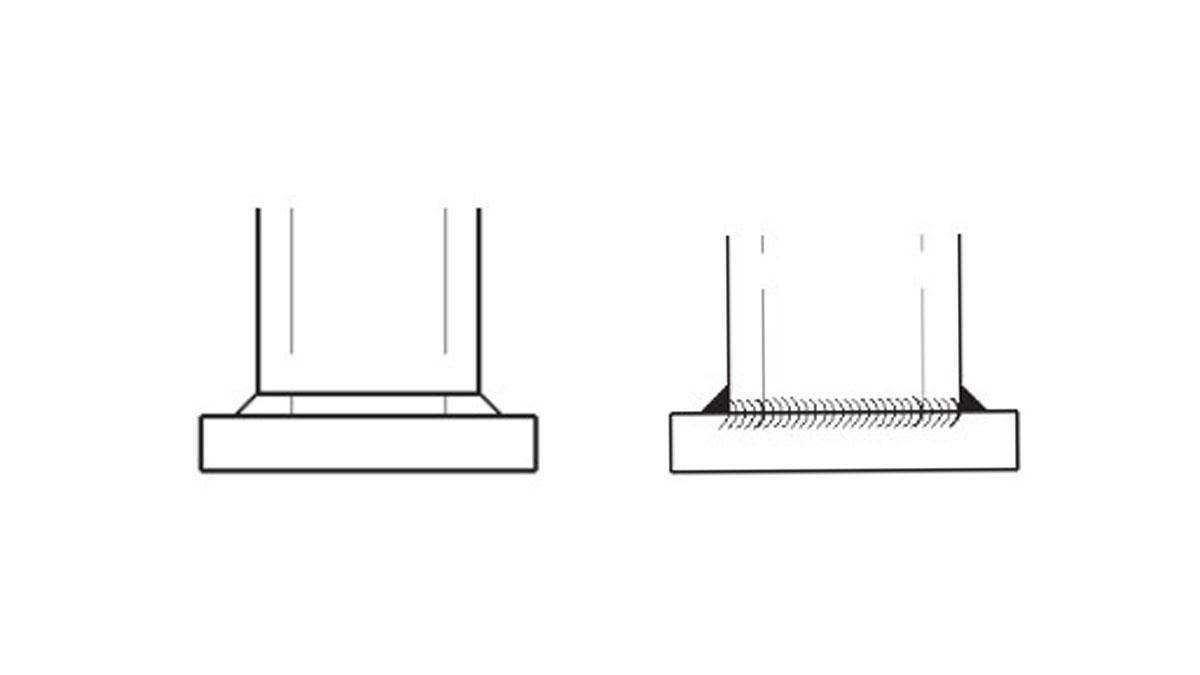 Have you ever wondered what the difference between a Weld Bead and a Weld Fillet is in SOLIDWORKS? Both methods allow the user to define welds inside of a 3D part. The decision between the two generally comes up when you're using the Weldments tool and needing to add a new weld around a joint.

So how do you know when to use one or the other? What are the pros and cons of each?

Advantages of the Fillet Bead

The first option is the Fillet Bead. Fillet Beads are unique in that they do not create custom properties that can automatically be populated into weld tables. They do, however, create solid bodies in your part. By utilizing the Fillet Bead to define welds, a SOLIDWORKS part can now accurately run an interference detection on a tight corner to see if the weld bead might cause issues later on in the assembly process when an additional component is mounted on or near that weld.

Another advantage of the Fillet Bead is the ability to grab accurate mass property results. When a solid body is generated, material and mass can be applied to the solid which will then be calculated in the study. Since Fillet Beads are physically modeled into the part, the drawing will automatically include the Fillet Bead with no need to turn on Caterpillar annotations.

Benefits of the Weld Bead

Though there are advantages of using the Weld Fillet in your part, the vast majority of the time the Weld Bead will be selected.

The major advantage that the Weld Bead has over the Fillet Bead is the performance improvements. When using the Weld Bead to define your welds, SOLIDWORKS does not generate any additional bodies. Instead, it treats the welds as a graphical virtual part. This requires little resources from your PC, allowing for even smoother modeling.

Additionally when using Weld Beads, a weld folder will automatically be generated in the Feature Tree. It contains all of the Weld Bead properties which can later be imported into a drawing, if needed. The weld will not be shown automatically, however, but by simply checking Caterpillar from the annotations box of Model Items. Caterpillar lines can be placed to represent the various points of welds.

Ultimately, the choice between using a Weld Bead and a Weld Fillet comes down to what you are trying to do with the weld information. If it is for documentation, including weld properties and callouts, the Weld Bead will work great while also limiting the performance impact weld data might add to the model. On the other hand, if the physical weld is required for inspection or mass property information, the Weld Fillet is the tool to use.

For more information on SOLIDWORKS or if you have any questions, contact us at Hawk Ridge Systems today. Thanks for reading!